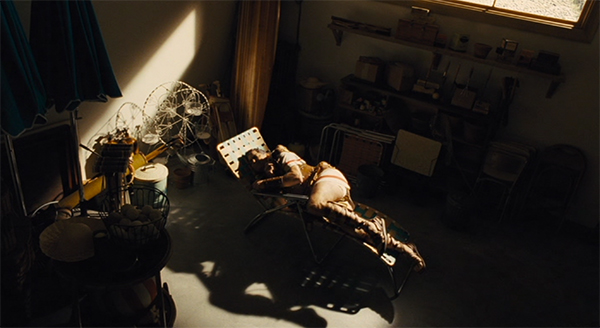 The Malibu House was a set constructed on stage. We did look at locations but we decided that a stage set would give us maximum shooting time and also allow us to control the look of the set both in terms of design, lighting and shooting. 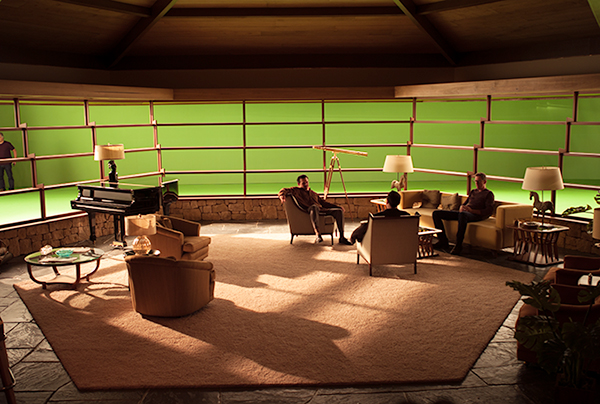 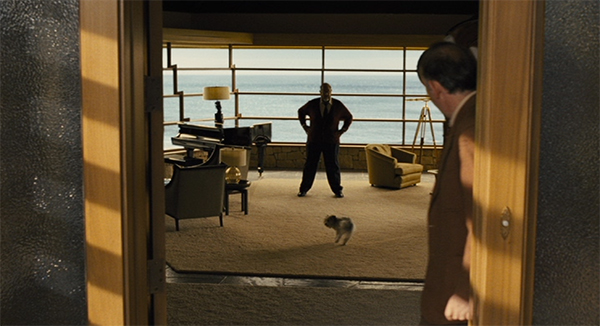 We surrounded the set with a greenscreen as this would give us the ability to extract a good clean key as well as any reflections in the glass. The background plates for the set were shot at the end of the main schedule but as we had scouted the locations beforehand I knew what they would look like and the optimum angle of the sunlight that I wanted to match to. The nighttime exterior was based on ‘day for night’ plates we also shot at the end of the schedule. All the background plates were enhanced with some CG elements. 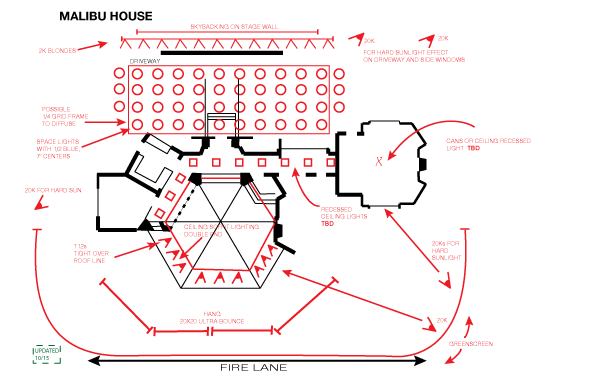 I wanted the day interior to be a combination of soft sky bounce and hard shafts of sunlight. 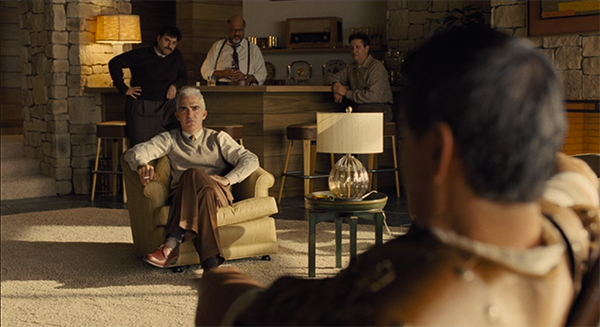 To create this I used T12 Fresnel lamps rigged above the set windows to bounce off dead hung reflectors plus direct 20Ks on chain motors just in front of the green screen backing. Although it would have allowed for more realistic lighting on the interior of the set if I were to have used a white backing it was important to use green in order to get good separations, more especially so as we were shooting on film negative.

For the DI work I had mattes of the greenscreen element so that I could adjust the balance between the exterior CG seascape and the interior in camera images. 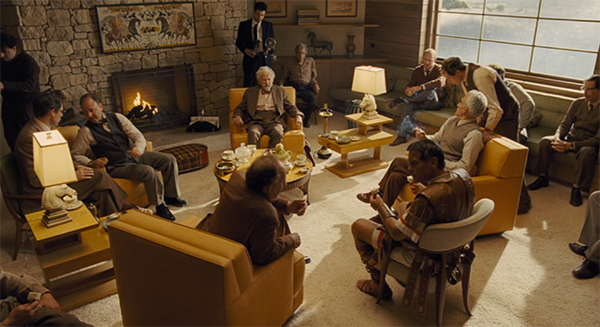 As can be seen on the lighting diagram there was an exterior space included in the set design, which would be visible from the front door. An overhead grid of Spacelites created a skylight here and I used a ¼ grid diffusion underneath to soften any reflections that might be seen if we had a car parked in the driveway. 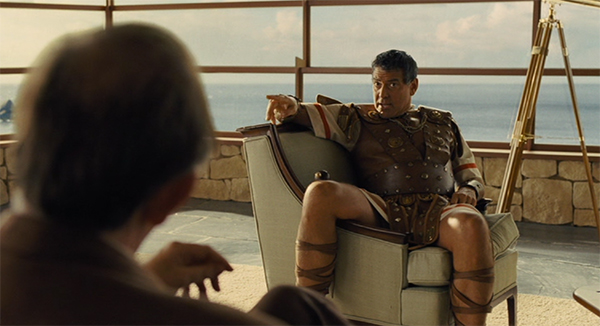 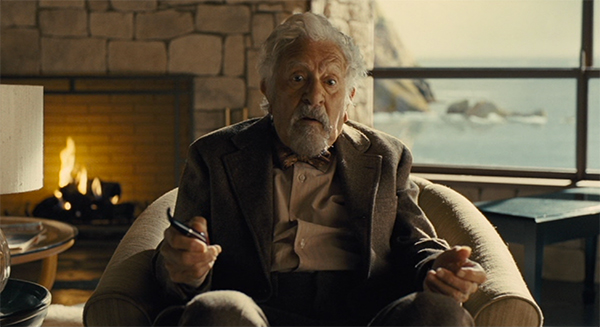 The interior practical lights were designed and built in in collaboration with the art department. Especially important were the overhead recessed lights in the hallway as I knew there would be no other source of light for the shots here. 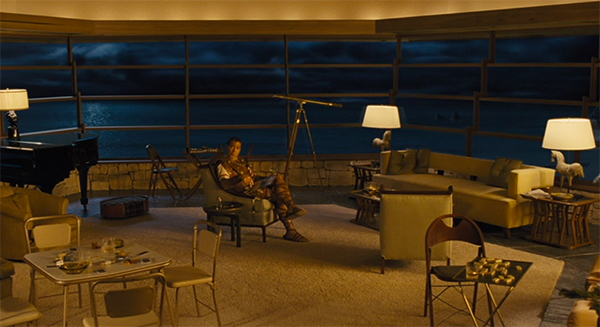 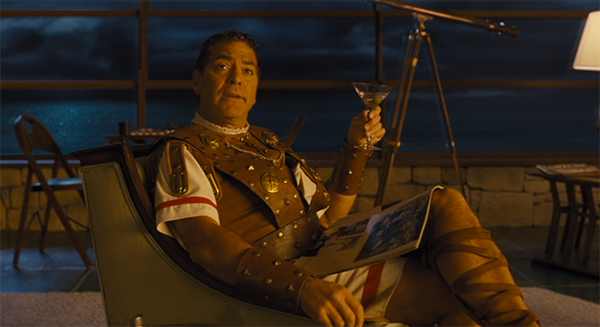