This article was written for the American Cinematographer magazine, Oct. 2008, in response to an opinion previously published in this magazine on the DI process.

As a film-school student, I sought any and all information I could gather from everywhere and anywhere. American Cinematographer was a primary authority because the information in its pages came through the patronage of the American Society of Cinematographers. It is the same today.

From my many sources, I learned a lens operated to its best advantage at an aperture of T4-5.6. I learned lighting involved the use of a keylight, a backlight, a fill light, an eyelight and something referred to as a kicker. I learned my negative needed to be meticulously exposed so as to print at a mid-light of 25, and that a true cinematographer used Brute Arcs to light a set and a geared head (operated by a specialist) to achieve smooth camera-panning shots.

END_OF_DOCUMENT_TOKEN_TO_BE_REPLACED

Vanniyan replied to Using Light grid to control the soft light 3 hours ago Just now i have seen this lighting diagram on Inst...

Vanniyan started Using Light grid to control the soft light 4 hours ago Dear master roger have you ever used light grid in... 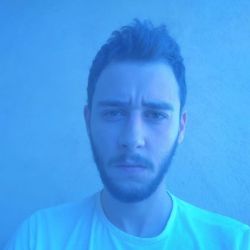 sheriftolba replied to A golden pool of light! 12 hours ago So I've just finished the shoot yesterday and...

Roger Deakins replied to Colour in movies. 1 day ago There are conscious color choices made and there a...

aneesh.kumar replied to Query about video quality. 2 days ago Quality looks fine.  Maybe you could have shot th...

dmullenasc replied to Query about video quality. 2 days ago It looks fine, sells the product, is fun, etc.
The...

vijayank started Query about video quality. 2 days ago I am an aspiring cinematographer from India. I am ...

Roger Deakins replied to Psychological effect of lenses 2 days ago For sure lenses create a different feeling. Long l...

Roger Deakins replied to Coverage in true grit? 2 days ago No reason I can think of.