An extension of the Forum (1 reply and 2 comments) 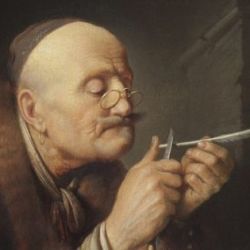 Vashistha
1 year ago
Vashistha 1 year ago

As James had mentioned that podcast would be coming up shorty.

How about having a dedicated phone app, the same way the site is?
I think It’d make things much easier for cell phone readers with the inclusion of podcast along. Almost like Quora.

I had even gone to the App Store to look for it initially but I could not find it.

I guess that would be a nice extension to the forum as it has been literally empowering so many DPs and aspiring DPs.

A simple idea that costs several thousands of dollars. It is expensive just to launch an app on the App Store. Google play I believe is free however then having cross device compatibility etc. As well as I believe the need to have more designated server space for the podcasts to be directly uploaded to the forums not through a third party software. All in all, it'll probably cost thousands or more for a decent app. As I don't believe Roger or James are app developers in their free time it'll be taxing.

However, if they want too. It'd be pretty fun and definitely a useful application. Although I doubt the demand is there at this current time. I could be wrong though.

Keep in mind money probably isn't the main issue however the time needed for this project probably is.

would it not be possible to upload the content to soundcloud and build a page on here for the podcast? I would have thought a channel on Soudncloud and a Dedicated HTML page on here would be the way to go as then those already with SC on their phones can subscribe to the channel and James and Roger can simply share / embed the podcast on the website's SC Podcast Page.
Just my opinion, but I'm sure James and Roger have it planned out without doubt.