In this episode (releasing on May 13), we talking about lighting, the different ways of going about it, the challenges of lighting and suggest how you can go about practicing and learning.

Regarding Douglas Slocombe’s methodology in relation to simplicity, I have always liked Slocombe’s work and think it stands out as looking natural and simplistic but has an old school high key effect with multiple shadows and the like and a thick negative.  How did he accomplish this?  Thank you for the podcasts!  They are great entertainment and very personal and informative. 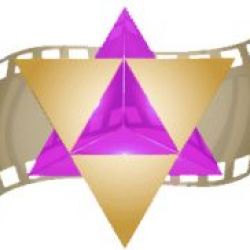 Thank you so much for taking the time and energy to do this podcast. I have thoroughly enjoyed following your discussions about a subject, and all of it's subsets, near and dear to my heart.

On the subject of learning, Roger briefly mentioned looking to paintings as reference and study. I have found also that learning and practicing the art of creating a drawing/painting was a very quick way to connect with light in a very intimate and visceral way.

It's a fabulous learning tool for anyone who leans toward a kinesthetic way of understanding the world as it forces you to see and (re)create light in a way that becomes a sort of sense memory because it physically builds synapses that creates a two-way connection between your hand and your eye. It's the same effect that learning an instrument has on one's understanding of math.

The beauty of it is that you don't need to become a Rembrandt for it to have a profound effect on the way you begin to perceive how various light sources effect how we see color, shape, contrast, etc.

Most of us who spend any time in arts programs will have at least one drawing course; but I wonder how many of us realize the impact that learning to draw a sphere, cone, or bowl of fruit had on how we interact with light and shadow.

I think that is true. I also think you could draw storyboards. Imagine the film in your head in drawings, just as might be done on many a professional production. A pencil and some paper. What could be easier?

I compiled a list of some of the photographers, cinematographers, and films James & Roger spoke about during this podcast. Hope it's helpful! I might go back and compile some links from the previous episodes too.

Interesting photographers to study the light and color work of:

Thanks for this list! There was a lot of discussion about the work of other photographers and cinematographers during the podcast which I'm interested in studying. 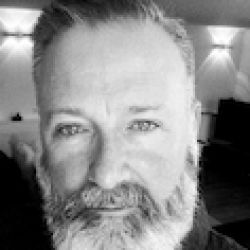 I loved listeing to this episode. You had noted that there is a company in New York that still has a stock pile of old bulbs. Can you let us know what company that is?

Barbason used to have a stock of old bulbs.

BTW, some of Miyagawa's most superb work was for Mizoguchi, 'Sancho the Bailiff' being my favorite of all.

There are times when I am shooting, I completely blanked out in how to light a location or scene. Yes, there are a million ways to do it, but it's hard to decide which one. Sometimes due to budget, the location is tiny, ugly and unmotivating.

So here are my questions to Roger:

Yes, I sometimes 'blank out' as you put it. But you have to make a choice and, hopefully, you make that choice with time to see if your plan will work.

I do ask my gaffer, but I usually like to have a concept of what I want in my mind if not that actual 'how to do it'.

Directors usually know the 'feel' they want if not the actual look of every scene. For instance, in '1917', Sam wrote the flares and the burning church into his script but the actual 'look' evolved as we discussed the set. The set was built so that Schofield would run in complete darkness when the flares were not there and only be fully lit when he turned the corner into the main street of the town and was silhouetted by the church. The rest of the town had to be built around that one light source. The schoolhouse, for instance, had to be built at an angle that allowed the light in from a certain direction etc..

All the practicals had to be designed for the scenes as we had storyboarded them. The practical lamps in the bunker had to light the scene in a certain way but also be 'real' to the period. The same with the flashlights. The stove in the basement was designed so that it worked for the light I wanted to put inside it and that light had to work for the scene as we had rehearsed it with the actors.

It is a collaboration.

Thank you for sharing your lifetime of incredible expertise, experience and wisdom. Your body of work has been a constant companion through my life.

I'm starting your podcast again from the start, so forgive me if this a stupid question.

From my comprehension, you've both spoken of the reluctance to be formulaic (in any aspect of the craft), but also in the value of simplicity, minimalism and sticking with something that works.

In your opinion, how do you carefully tread the line? Are you always pushing your boundaries, or is there a time to be comfortable in a proven method?

Thank you, and sorry if that's stupid.

Oneris Rico started Every comment is welcome! 12 mins ago I have a loooong time without posting anything her...