Team Deakins does something different with this episode. We took the opportunity to talk to an extraordinary visual talent who is NOT a part of movie production. He is a well known still photographer and someone we are great admirers of. It was great to talk with him about his work, what he thinks is important in photographer, how he approaches his work, the importance of color in his work, what pictures can mean and the role of serendipity in great photographs. It’s an immersive dive into creating visuals. 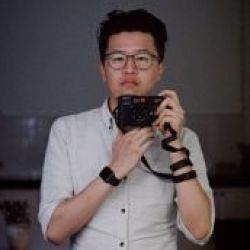 Something I've wondered for a while now Roger, if you had stuck with stills photography instead of moving over to motion pictures would you have applied to or become a member of Magnum Photos at some point?

I don't think you 'apply' to Magnum. You have to be invited. I often wonder if I would have been any good as a photojournalist. Next time!

That may have been the case in the past but now Magnum Photos does portfolio submissions once a year before their AGM. Though, if you're being invited by an existing member(s) your odds would be better.

Did that chat with Alex Webb inspire you and reinvigorate your interest in street photography? I know I was, I was listening to the episode while I was out on the street with my Leica in Sydney.

I still like to try my hand at street photography once in a while but rarely at this moment in time.

Good opportunity to capture those future archive shots. History is being made every day it’s up to us to log it and preserve it for future generations. Like us they will probably ignore the lessons learned but the truth will be found in the photos.

I read this article that explained the act of creation (click here»), and I was thinking about how it applied to some of Mr. Webb's photos and to film in general. The main concept of the article was creativity as a 'bisocation' -- (from the dictionary) the simultaneous mental association of an idea or object with two fields ordinarily not regarded as related.

It makes most sense for me looking at this visual of 'bisocation' (click here).»

Here is a pun example: I Renamed my iPod The Titanic, so when I plug it in, it says “The Titanic is syncing.”

Joke example: My grandfather died peacefully in his sleep. But the kids on the bus were screaming.

M1: picture grandfather passing away peacefully on his death bed, surrounded by loved ones.

M2: picture a school bus headed off cliff with the grandfather driving.

So I was wondering if this explains why some of Mr. Webb's stills are so striking? Here are some examples (click for each): one», two», three», four», five», six».

There appears to be two modes of reality that contradict or appear disjointed somehow, but as a whole harmonize (the *L in the bisociation). Maybe this makes better sense (I'm having difficulty describing it!)

And I was wondering if this explains some things in films? For instance, famous transitions like the one in 'Lawrence of Arabia' with the match stick fire to the desert or '2001' with the bone hurling through air to the space station -- or this one from a video game.(click here)»

Or scenes like Conrad Hall's 'In Cold Blood' with the tears and rain.

I think it's even how plot twists work.

Is there any way to practice bisociation/parrallel thinking? Do you just observe it, or do you have to think and plan it out beforehand? 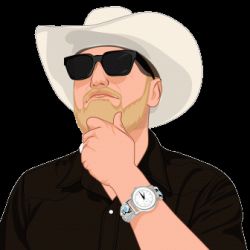 I wasn't sure if this is acceptable to post here, but my wife and I recently visited the Etherton gallery in Tucson, AZ and they have quite an Alex Webb collection.  I have always been a fan of Alex, but this was my first experience of his work in "real life". WOAH!

Terry Etherton, the gallery founder,  began life as a documentary cinematographer before he started his gallery. We spent a good bit of time talking about this episode. Both of us are huge admirers of Team Deakins and Team Webb.  It was just a fun conversation.

Again, I don't know if this is appropriate to post, but if anyone in the Tucson AZ area, or folks visiting that area would like to see a Webb in real life, make sure to visit the Etherton Gallery.

Thanks again Team Deakins for everything you do. Your podcast has become a huge part of my creative growth. I know one day it will "go dark" for a few months, but that's ok...it will mean you are working on your next film.

I'm sure we'll all happily trade a few months break, for another Team Deakins masterpiece.

Stay safe, be well and keep bringing stories to life!

Really lovely photos Justin, Thankyou for sharing your recent experiences, always exciting to know of exhibitions from around the world. Very thoughtful of you.

You bet, Alex Webb is incredible and getting to see his work in person was next level!

Oneris Rico started Every comment is welcome! 9 mins ago I have a loooong time without posting anything her...