I've been enjoying this podcast so much I had to come check out the forum.

While listening to this episode, I was thinking about how casting affects the cinematography. Obviously the actors' faces are the main compositional element you have to work with; as Roger said in an earlier episode, "If you can't light a human face, you're pretty much sunk." (Or something to that effect.)

So are there certain performers who can affect a cinematographer's approach? I can think of two ways this might happen.

For instance, I recently saw Crimson Tide for the first time, and was blown away to see a young Viggo Mortensen in there. He was still in his 30s and had a mug like a block of granite, which they took full advantage of in the lighting. They threw him into the most lurid blue & red setups which a less planar face just couldn't tolerate.

And then you have the flip side of that coin. In the documentary Side By Side, one of the talking heads mentioned that some of the female stars of old Hollywood would insist on particular cinematographers because they knew their best angles. Sounds like there was some job security to be had there!

I imagine that, since the cinematographer and casting director are trying to tell the same story, the lighting requirements of a scene will frequently jive with the casting -- if you're shooting a noir film, with low key lighting, a good casting director will provide a good "noir face" -- but I thought it was fun to think about! 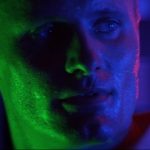 Excuse me, got my documentaries mixed up! It was "Visions of Light", not "Side by Side". You can see that bit on YouTube, here: https://youtu.be/dXeuk1tO32k?t=806» 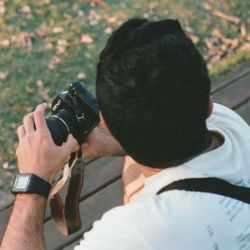 First and foremost, thanks for the amazing episode! Fiona was amazing and all these episodes are a great source of knowledge about other careers on the film industry.

I was really intrigued when Mr. Deakins mentioned his seven “Go-to” movies – and I believe I am not the only one – so would you mind sharing which movies are these? It could even be a nice topic for a future Podcast episode.

Hope you and your family are safe during these crazy pandemic times.

Oneris Rico started Every comment is welcome! 32 mins ago I have a loooong time without posting anything her...