Team Deakins has a great time speaking with actor, Domhnall Gleeson (STAR WARS, NEVER LET ME GO, THE REVENANT). He tells us how his father being an actor (Brandon Gleeson) showed him it was a career that could be done, with hard work. He shares that a well-run set is his favorite place to be and the feeling of loss when a film doesn’t land. We talk about his experience of working with the Coen Brothers in the film, True Grit as well as working on the film, Ex Machina, and with Alicia Vikander. We reminisce about the experience of working together on the film, Unbroken, including his having to starve for the start of the movie. He also shares what he has learned, like not having to be in pain to get a good performance and relating with the crew as an actor. And lots, lots more! You won’t want to miss this episode!

You can listen to Domhnall's episode here! 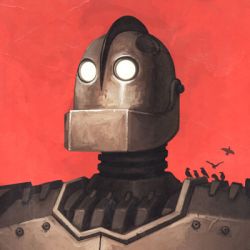 I feel like this episode was legend. Dying for a followup where you sit down Domhnall with Brandon.