In this episode, Team Deakins speak with Josh Gollish, our DIT. We talk about what the job is, how it's evolved and some of the specifics we've dealt with on some movies. Lots of information!

Hi James and Roger,  I found this episode of your podcast very informative. The level of Josh's expertise and depth of his knowledge of the field is amazing. I guess I'd love to know what advice could be given to smaller crews which can't afford a DIT? Specific areas to look out for, common areas where technical glitches occur? Which best practices could be adopted by such smaller crews? Love all the podcasts so far. Great work! 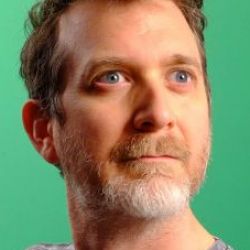 What a great podcast and episode!  I had a question about something Josh said about speed ramping on the Alexa on Blade Runner.  Whenever I ask an ARRI rep about ramping they say that the function is not available.  How did the camera ramp?  Was it adjusting shutter or something else to compensate?

We had a camera specifically set up to do the equivalent of a speed change as if it was a shutter adjustment rather than an iris control. I know Andy checked the camera in Munich during prep and I remember shooting tests with it myself in Budapest. It was for one specific shot and neither I or Andy can remember if we actually used the system when we made the shot. I seem to remember the shot changed and we had no need of it. This was something developed for us specifically and is not available as a functional add on to the Alexa.

Frank
1 year ago
Frank 1 year ago

Which shot was the speed ramping effect intended for?

We were making a running shot and we wanted Ryan to appear to speed up into 'android' mode.

Regarding Josh checking the calibration of the monitors on set every day, does Josh have a precall on every shoot day to actually run a calibration on every on-set monitor, or is it more of an "eye test" done during the first part of the day?

Josh will check the calibration of his main monitor, the one I am using to judge the image by, every day and only eyeball the director's.

James and Roger, thank you for this episode. Lots of great, practical information. I'm curious to know if there is one brand of reference monitors you stick to using on set or if this varies by production, as there are lots of brands out there.

We always use a Flanders Monitor for our calibrated monitor since it is a P3 monitor. Generally, the rest of the monitors on set are Rec709 monitors, from the video assist person. The best we can do is calibrate them as close to the P3 image as possible and make sure they have have our LUT (conformed for Rec703) so the monitors match as closely as they can. But when there is a question about the image, we always refer to our monitor.

Hi! thanks for the podcast! It is so informative and one of the perks of the quarantine.  I was curious to see the "miniature" set up you described Josh has to work in small spaces without sacrificing the size of the screen.

1
2
Next
Back to Team Deakins Podcast...
Recent Forum Posts

Mike replied to Every comment is welcome! 5 mins ago I will start it off but would be nice if others co...

Oneris Rico started Every comment is welcome! 1 hour ago I have a loooong time without posting anything her...

Roger Deakins replied to The Big Lebowski 3 days ago You know, the Coen Brother's sets are really ...
Top Forum Posters