Team Deakins has a great conversation with director and screenwriter Thomas Vinterberg (THE HUNT, ANOTHER ROUND, THE CELEBRATION). As one of the co-founders of Dogma 95, he explains the thought behind the movement and tells us what it was like shooting under the rules as well as why he moved on from it. We also learn who they asked to be in the movement and who declined. He shares with us his experiences shooting his movie “The Celebration” and how tough Dogma was on the actors. “Limitations are the greatest source of inspiration”, according to Thomas. He also shares his experiences on many of his movies and why he likes to choose very different subjects to tackle. It’s a really fun conversation with a very articulate and humorous individual. 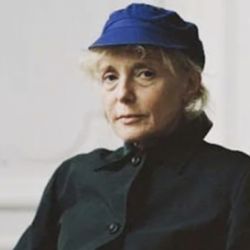 Just finished this episode and absolutely loved it! (& very much loved Another Round.)

I liked the comment, or realization, that certain styles/approaches come in waves. Dogme seemed very buzzy and radical at the time, but it seems to have passed to give way to ... I don't know exactly what. Maybe one reaction is the hyper-formalism/traditionalism that Robert Eggers seems to derive from Bergman.

I'm semi-embarrassed to say it, but as a young millennial, the documentary handheld camera with periodic zooming in modern context feels The Office to me. At least that's what my brain first thought of while watching Melancholia recently (lol).

Frank
1 year ago
Frank 1 year ago

Speaking of The Office, it was interesting to hear that Dogme 95 actually had its roots in mainstream American television, with Lars von Trier being inspired by Homicide: Life on the Street.

In my personal opinion, I can vibe with this visual approach in fiction work if there's a clear reason the camera is taking such a central, active role in dictating how "life" is being documented (as in The Office). Maybe I missed something, but in Melancholia at least, the reason wasn't always apparent and felt a bit distracting from the doomed transcendental story

Stip replied to DPs who counter doc-style lighting with cinematic ... 7 hours ago Although they are not what I was looking for, I th...

Roger Deakins replied to NOPE - day for night technique combining IR Alexa ... 11 hours ago I think there are various options for any sequence...

Roger Deakins replied to BR 2049 lighting 11 hours ago There were two concentric rings of 300 watt Betwee...

sapozhnikovvn started BR 2049 lighting 18 hours ago Hello, Roger! Could you tell, please, how did you ...