Team Deakins spends some time talking with their friend and frequent collaborator, the brilliant director Denis Villeneuve. We covered many topics including Denis’ start in the business, his early films, what filmmaking means to him and the special collaboration we share. We also examine why certain shots seem to work and what the steps were to get there.  A great conversation with a talented artist!

I would like to ask how he lensed incendies and enemy movie. Because both films totally different genre but same collaboration Andre Turpin!.

Oh.. i am sorry. 25th episode posted already on teamdeakins page. I didn't watch it while I post my questions

You can watch Denis Villeneuve's short film about Jamaica here:

A really lovely film, he knows how to build tension. Some of the participants seem to be actors!

Canuck - thanks for finding that film!. Wow. It really shows what a true filmmaker Denis was already. It becomes an immersive experience and throws convention and pretty pictures out the window. To be honest I would love to see more of that in his movies.

Not sure I understand Denis perfectionist perspective on Blade Runner and being a little too hard on his own film. I mean how much can anyone perfect something that has so many moving parts and with such a visual legacy. If the screenplay works before you start, isn't that the big thing?

There might be five directors around today that would have liberty to do that kind of movie or a movie with no limits on the imagination/budget relatively Chris Nolan, Denis...I dunno on the other 3 but maybe Spielberg, Tarantino and somebody else. Anyhow its a very small and select group. To get a science fiction budget is extra hard so keep making them if the door is still open and the inspiration is there.

Actually, I think a small film that has dramatic range, naturalism, humor and artistry to it like "Fast Times at Ridgemont High" seems more impossible to make than a classic sci-fi novel these days. I don't know if I can take another kidnapping, grisly horror or a grim thriller. Just me I guess.

I've always felt that comic book and sci-fi movie caught on more with the public in the last 20 years or so because there is an entertainment element baked into the premise that counteracts whatever is sad, sober and grim in the storytelling mix thats prevalent everywhere these days (even in comics)

I really enjoyed the chemistry between Denis, Roger, and James. I can see why they're such a great team. Insightful questions, topics, and comments in this episode. Don't miss this one guys!

@MDK
I think Denis just has a lot of humility. That's a beautiful thing, especially in this industry. 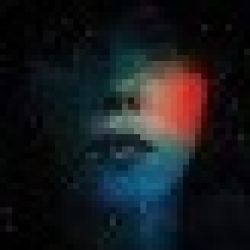 FYI, you can check out Polytechnique for free if you have Amazon Prime. https://www.amazon.com/s?k=Polytechnique&i=prime-instant-video&ref=nb_sb_noss_2»

Really enjoyed this episode... referencing the scene you guys talked about in the episode where the camera holds as the soldiers head off from the boarder visit and Emily blunt's character confront's Josh Brolin's... I think the scene worked so well because it was a small snapshot of some of the main conflicts the movie explored... such as the remoteness and entitlement power feels it has... i.e in there being this barricaded hillside fortress containing the men and women who had carried out decisions that affected a much bigger, poorer and sparser landscape that was in the background... plus it demonstrated the obdurate nature of Emily Blunt's agent as the conscience of the film who had begun to questions what they were doing - and ultimately try to stop - the ops team... whereas others (i'e the soldiers unit) were fully happy with what they were doing and carry on (skipping into the facility), she is not and pushes back. The way the scene stopped almost marked a point in her character where her feelings get to an extent that she cannot hold back, and I thought using the camera in such a way (sub consciously) was a really interesting extension of a shift in the way her character feels and begins to act in the movie.

Couldn't agree more. These podcasts are absolute gold for anyone interested in filmmaking, some of the nutz and bolts of how a film gets through development and then actually made are very rare insights into a complex business. And then beyond that how a film gets made well with artistry and respect. I have been hugely influenced by this series in a very short amount of time.

Oneris Rico started Every comment is welcome! 46 mins ago I have a loooong time without posting anything her...