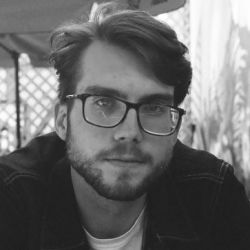 When you are on set, how do you find yourself working with the First AD? I'm shooting a short film in a week and I am struggling to find common ground between myself and the first AD when we start to go over lighting setup times on the Oneline schedule. I just don't think the times he is giving me are realistic to light in the style that the film requires.

Do you have any words of advice on managing time when you are lighting? Or any interesting stories of working with difficult first ADs? This would go for James as well.

I have a memory of a particular AD who, I felt, set me up on a shoot. I also worked an old school AD who resented an ex film school student who operated the camera. Both these experiences were a long time ago and, thankfully, I have only had close working relationships with ADs since those days. I make a point of spending many hours with an AD when the schedule is being finessed.

One important demand I have of any AD is to make sure the set is cleared after each shot has been competed so that I can work with my camera crew and electricians on the next set up. So much time can be lost when a set is not being 'policed' correctly.

Could you elaborate on what it means to make sure the set is cleared? Is that just clearing out talent and unneeded crew? Or would that be clearing out equipment?

CarmenHodges replied to Lighting a moving car interior 53 mins ago SEO refers to the procedure of enhancing websites ...

Roger Deakins replied to Colour in movies. 7 hours ago There are conscious color choices made and there a...

aneesh.kumar replied to Query about video quality. 13 hours ago Quality looks fine.  Maybe you could have shot th...

dmullenasc replied to Query about video quality. 17 hours ago It looks fine, sells the product, is fun, etc.
The...

vijayank started Query about video quality. 24 hours ago I am an aspiring cinematographer from India. I am ...