How do you deal with all the stress? (4 replies and 2 comments)

All my life I've made movies because it really interested me and it's a reason to wake up in the morning. Recently as I am getting better in my profession. The clients get bigger and budgets aswell. Everybody is counting on me to deliver a high quality product. And of course I don't want to let anybody down.

This has introduced a lot of stress in my life to deliver. My question is how do you cope with the stress and high expectations? You've worked on multiple big productions for decades. So I'm doing an educated guess that you have plenty of experience dealing with stress. 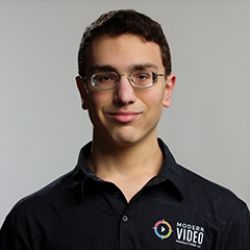 Hi Torgeir. I'm curious as well what others think about this question, as well as building endurance with the long hours that productions can entail.

Not me, that is for sure! But I guess, if you care at all, it comes with the job!

You did mention some time back Roger that stress especially at the beginning of a new shoot could stimulate your artistic juices to the effect that ideas formulated quicker due to those “butterflies” in your stomach when first setting foot on the set.
Obviously it sharpened your senses to a degree of being highly tuned to the problems you were about to face even though ideas had already been preconceived during prep. Perhaps you are at your best when faced with numerous challenges, the SAS motto ‘He who dares, wins’ comes to mind.

Hope EOL is running smoothly and not too many headaches. Btw Good fishing where you are, I expect you had already thought of that.

There’s good stress and bad stress. Good stress is trying to solve creative challenges and push yourself to be better. Bad stress is dealing with set politics, equipment malfunctions, losing the light, etc.

I don’t really have a solution to either other than to try and get enough sleep.

The Byre
3 months ago

But I have noticed over the years that the older I get, the more I take the stress in my stride.

The following happened to us recently - details avoided to hide the guilty! We have worked with this person several times as others refuse to work with him.

Booked a three-camera TV shoot for a Tuesday. It's supposed to be massively urgent. Agreed delivery is a one-cam rush-reel the next day and the three-cam a few days later.

Postponed to Wednesday. Then Thursday. Then Friday. So much for urgent. Reason for the postponement not given.

Friday the 'star' rocks up at midday when he was due in at nine and gets all togged up in a full soup-n-fish of evening dress with a white bowtie. OK, whatever! (He was supposed to come in a regular dark suit and tie.)

The formal evening suit with tails is about two sizes too small and looks as if it received bad news around 1967 and never fully recovered!

By one o'clock he is still messing about with his bowtie. It keeps going crooked and falling off, so a replacement tie is found. He was responsible for the tie and it was his idea. Nobody knew that he was going to come in evening dress, complete with tails and a bowtie.

Two o'clock and he's ready for action. Cameras are switched on and rolling in 4K.

The bowtie leaps from its moorings and lands on the floor. Cameras are switched off.

Two-thirty. Bowtie back in place.

Two-forty-five. Bowtie falls on the floor again. Younger members of the crew now look about ready to mutiny! This goes unnoticed by the star who is obsessing over his tie.

Three o'clock and we're off to the races. Bowtie is now secured with Gaffa tape.

Four o'clock and the star seems to have messed with the video recorder when it was unattended to see if he could see something. He must have accidentally rebooted the recorder and then switched it off thereby losing the data recorded so far. As we have all kinds of data recovery software, I crack on, but we lost the automatic take numbers.

It took an extra day to recover the lost data and rearrange the take numbers.

I once got a call from his agent, asking if I had fallen out with him yet. I asked why and the agent said that everybody loses their temper with him sooner or later. I told his agent that they are just thinking of the stress and are missing the entertainment value that this buffoon provides for the crew (once he has left).

I do sleep well! I need to! But then I've had worse!