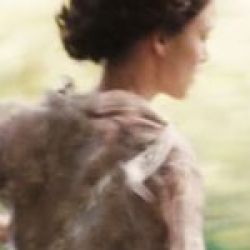 Is this something you have used before, or hope to avoid using?

The LED screen technology is terrific and provides an option when all else fails but I would hate that to become the norm. I like a real environment with real actors that can relate to it.That is the kind of film making that excites me.

Mr. Deakins, have you done any front projection work? Was it ever considered or tested in any productions?

Yes, i did some on a 'pop promo' and I did what could be termed front projection on '1984', as the screen we were using was a variation on the standard material, and I have used back projection as well.

Frank
1 week ago
Frank 1 week ago

Was the technology ever considered for some of the visual effects sequences you've done in recent years? I remember on Unbroken you used "whitescreen" to get the desired quality of light for the plane interior, necessitating a lot of rotoscope work and digitally putting in reflections, and those are the kinds of situations where people are starting to favor front projection over chroma keying.

For the opening sequence in 'Unbroken', the most important element for me was the light that was coming into the fuselage of the bomber rather than the exterior image. I doubt I could have shot it in the way that I wanted had there been an LED screen outside the windows, at least not without spending a great deal of time balancing the screen that was in shot while brightening the areas that were just out of frame. That is a time consuming way to work, especially when shooting with a fluid camera. Using the white diffusion as the 'key' was faster on the day and also cost effective overall.

Glin replied to Denis Villeneuve movie 42 mins ago The DP on this movie André Turpin is admired by e...

JH replied to Technocrane Usage in Studio 1 hour ago Thanks Roger - good to know!  Any chance you&#039...

Roger Deakins replied to Technocrane Usage in Studio 1 hour ago Be careful, the Trinity is not a rig that is commo...

JH replied to Technocrane Usage in Studio 5 hours ago Many thanks for those thoughts Roger - that's...

Roger Deakins replied to Denis Villeneuve movie 6 hours ago 'Incendies'. It is brilliant.

Roger Deakins replied to SDR and HDR versions of 1917 6 hours ago My! We did so many versions I have to say we did s...

Roger Deakins replied to Technocrane Usage in Studio 6 hours ago I would be careful about being locked into one pie...