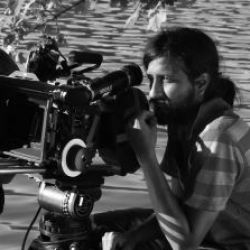 I work as a cinematographer. And I've often found myself in this situation where directors and editors I've worked with come and show me the rough cut of the project we've worked on and ask about what I think. How honest should I be ?

I've been in circumstances where the edit doesn't work at all - but honesty sometimes screws up the relationship. Likewise if I just engage in flattery it's not going to give me another job either.

Some do really listen, but they take whatever they agree with and Chuck away the rest. I prefer being direct, I could give prescise feedback - saying this cut would work better at another point, a shot we had envisioned is not cutting well. If you do strongly feel that a particular decision is wrong until what point can you do insist - at what point do you let it go ?

At what point do you charge me to peace that the edit isn't in your control.

I can't comment from the pov of a DOP, but in general this sounds like a communication problem rather than a technical one.

Some do really listen, but they take whatever they agree with and Chuck away the rest.

Well, yes: no one is going to implement suggestions they don't agree with - would you?

I'd suggest a process of finding out whether they really want suggestions, making sure that you know what their real objectives and priorities are, and perhaps upping your communication skills to increase your ability to influence people where it is useful. Eg

A good approach might be "It's your feelings about the edit that matter. How do you feel about it? What area are you most concerned about?" Then concentrate on any problems there. Or if there aren't any, then reassure them - which should make them more open to your concerns elsewhere - and raise your concerns. Eg "I can understand why you're worried about X because it's so important. But really, I think it looks fine for a rough cut. I'm not quite sure about Y though, because Z. Should we maybe take a look at that again?"

Thanks man. I definitely can use better ways to communicate. you are right about it. Sometimes people do Ted to walk over you just because you are soft spoken

Eye contact, hand gestures, and asking questions helps. If there's anything you want to suggest, ask a question related to, make eye contact, and then give your point of view, starting by acknowledging what they're saying and building around that.

...And just pick out one or two things that you feel comfortable with and try them.

Large personalities will always try to dominate the less forthright but there are many ways you can deal with that. Just go to a large office meeting and you will see how the ‘bullies’ start to prey on the weaker souls. It’s an animal instinct by those who think they are better than others, they soon get frustrated and eventually run out of steam. Weaker souls succeed in the long run through sheer determination to win through.

People have different perspectives and they make different choices even when they have the same goal in mind. In the end you have to trust the director and the editor. The editor comes to the material with an open mind, whereas a cinematographer may have fallen in love with a particular shot for aesthetic reasons or simply because it took an extreme effort to achieve. None of that matters to an audience. All that does matter is that if the shot enhances the telling of the story.

That said, I have been frustrated when I shot a scene to cut in a particular rhythm and that has been ignored for something that I see as second rate. Its only natural if you care about your work.

I agree the editor and director do give different perspectives. But as you said when we work together with a director and editor in pre production , we figure how it's going to cut together , at what point it's going to cut - to communicate what - the intention behind why you do a certain thing. You go for the shoot with this sort of preperation, you kind of get married to that idea. But on the edit table when they don't put it together in the way the shots were intended it becomes a bit frustrating - feels like they've not honoured an agreement. They might have tried out what we had initially intended and then arrived at the edit because it wasn't working out. But would you insist on see it to be cut the way it had been intended ? Probably you may see something that they might have missed ? - if a dop insists on that - would that be crossing a line ?

I think if you insisted on anything at all that would be the end of your relationship. On edit jobs in the past the most infuriating feedback to receive is 'is there a better version of this?' which sort of infers I would have a bin of all the best takes and only dip into it here and there. By all means bring it up along the lines of 'Oh did sequence xyz not work how we'd planned it?' but ultimately trust that your editor and Director don't change the plan for zero reason and know the footage more intimately than you do by this point.

I would never insist on anything. That is the director's decision.

It's really hard to let go of a film after you've spent so much blood sweat and tears on it, but there is a sort of beauty in letting go too. That's why choosing the right collaborators that you know will see to it that the film will reach its best form is so important.

Mike replied to Eyelights in No Time To Die 3 hours ago “No time to die” JB lighting effects.

Mike replied to Eyelights in No Time To Die 3 hours ago I have not seen the film but there are many ways t...