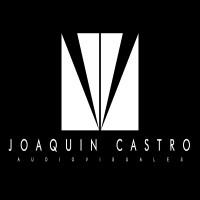 I´ve been always intrigued about the coloring process in big movies, so I wanted to try if I could achieve something similar (and simpler of course) in an easier-to-run program as premiere/after effects (as my pc doesn´t run Resolve)

Although I am not a proffesional colorist whatsoever I wanted to share this because I´ve seen a lot of people interested in the grading process, having a lot of doubts, as I have a lot of times

I hope it helps, not to copy the grade, but to see the possibilities outside Resolve.

If this is not appropiate and/or infringes copyright please accept my apologies and delete the post.

Thanks Roger for the incredible amount of knowledge and time you share! 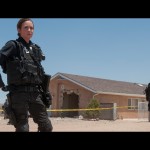 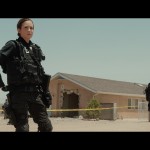 Hey Joaquin,  I also love to imitate grades I've seen. I think it's a great learning process. Couple of important points  - there had been an extensive discussion about this shot previously, and how the grade was achieved by Roger. Turns out it was hardly touched at all in the DI, just a little blue taken out of the sky i think. here's the link:

The second very important point I personally learned - (someone on this forum, I forget his name at the moment, pointed this out). Not only as you mentioned was the starting image not ARRIRAW, but unless you're viewing your grading on a calibrated monitor, all kinds of trouble will ensue. I was baffled by the intensity of the black levels in this scene, and it turns out it's due to the colorspace being remapped to whatever space my computer is in and causing the crushing of the blacks. cheers.

​Hi Simon, I´ve just read the post,. Probably the alexa image didn´t requiered so much retouching as this one (which I guess is from a dslr), but any studio would ever release any similar file for the public. Chances are if you can´t afford Resolve you are probably shooting on a dslr or similiar, the video was something very simple just to show it´s possible to be close (or not that far), in terms of color, to a film. I probably skiped a lot of things from the grading process, as film print luts (for digital release) and that kind of stuff. I calibrated my monitor a while ago, but I guess you can never be 100% sure colors will render properly. (the arriraw was a mistake which I cleared up in the video description) 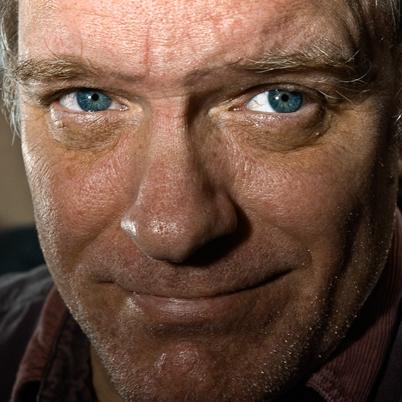 I don't think any of that linked discussion or this one explains exactly the white balance differences between the two versions unless one can duplicate the effect as part of the regular DI vs publicity still process. It's also not Roger's responsibility to know the cause due to way too many fingers in the production pie.

White balance at the source of the Raw capture would have had to have been messed with because display screengrabs of the actual preview in grading software would have had to have been the source for yellowish WB that shows that type of yellowish edit created in the software. Remember screengrabs are just a data dump of the video card's frame buffer used to draw each pixel you see on your display. It doesn't necessarily represent the actual Raw data.

Simple mathematical color space transforms into another color space map white to white unless there was an absolute colorimetric transform but that usually (I'm assuming coming from still photography and Adobe editing software experience) occurs in ICC based XYZ transforms that have those tables embedded in the tagged image as part of the color space that image was edited in in order to map D50 white balance to D65 (or vice versa) which will cause bluing or yellowing of the entire image. That's what that looks like but it's still not proof of causality. It would take a digital imaging scientist who knows programming and was part of creating those posted images to sort it out. I can duplicate that yellowing in Photoshop...See attached image below...

It's actually an old matrix source to printer LUT output error. Welcome to the world of digital imaging. 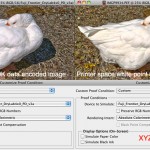 Wow, I think you've gone too far. It's just a still image from a dslr color graded, which probably is the only option for someone shooting on a budget(to shoot on a dslr) . It's clear that the arriraw file Roger graded in the DI suite was different, but the video was made for people shooting on dslrs, as someone shooting on an Alexa doesn't need this video. In regard to the difference between the movie and the trailer, I see this happens sometimes if not always, the look on the trailers I think is not always the final look, and probably the movie is color graded after the trailer, so some changes are done to the image after I believe.

Roger specifically pointed out the still on the right has yellow he didn't introduce in post or in front of the camera. The mystery is from where did the yellow come from because I saw that Sicario scene on my local theater's Sony projector and it didn't have yellow either. In fact Sicario overall looked very accurate according to memory colors that agrees with how it would look under that lighting. IOW it's grading wasn't overly stylized. It looked like a bit like a documentary only with pleasing but slightly enhanced colors mainly in the shadows. Colormetrically accurate color looks butt ugly viewed out of context of its surroundings as in a movie theater.

I already could tell the still on the left was from a DSLR just from the detail in the black uniforms most likely captured by an on set still photographer for publicity shots. So I don't think I've gone too far at all. I'm about finding a way to insure and control creative intent which I find very easy to do in still photography but I'm not certain it's being utilized fully in the motion picture business.

Also I've seen some really visually screwed up digitally projected movies recently and I'm trying to understand the source. It may be from relying on metadata that was mentioned in another thread that may have gotten corrupted or misread. No telling. Maybe the Matthew, this site's digital imaging scientist can answers this.

Excuse the "the" before Matthew's name. I messed up on the keyboard.

The Byre replied to Upcoming Guests and Questions you would like us to... 6 mins ago I am definitely looking forward to the Ed Solomon ...

Nikita Ryazanov started Any these photos any good? 7 hours ago Hello everyone. Please kindly help me, i need your... 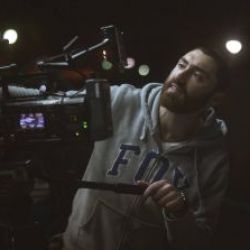 TomRiechart replied to Lighting Throught Windows 11 hours ago Roger Thanks for your time, it really helps, I&#03...

Roger Deakins replied to Lighting Throught Windows 16 hours ago Don't forget that when you spot a lamp the be...

Colemar Nichols replied to How about the sound department? 18 hours ago Peter Kurland would be great to hear from too!

James replied to How about the sound department? 20 hours ago I've actually been meaning to write Skip - so...
Top Forum Posters