Not Roger but some initial thoughts.
You will be able to get crisp blacks etc no problem with resolves in built tools eg the curves and shadows + lift control. I would suggest as a starting point try to emulate Arri’s Rec 709 lut yourself within resolve. This is pretty easy and will just require dialling in the contrast and saturation which will bring a pretty close match. Test this on a LogC image.

A lot of LUTS in post houses such as efilm would have likely begun from a film emulation that will then have been tweaked using proprietary tools/software.

A good LUT will give you a good result across a wide range of images as long
as they have been exposed correctly. Ideally you want to collect eg 50 images shot in Arri logC that have all been exposed correctly and test your lut across all the images. You want your LUT to be fairly neutral, without a strong look. Ideally you would create your ‘look’ in camera with lighting rather than with a LUT.

I’ve personally bought LUTS from Cine grain pipeline. I used the Kodak 2383 emulation LUT and then tweaked this in resolve to my liking, eg reducing saturation and contrast, making greens more natural, pulling back blues etc. I’ve been using this LUT in the Alexa across a lot of projects and been pleased with the results. I did this because I didn’t really like Arri’s standard rec709 lut.

In terms of creating your own LUT you could just start with a LogC image, add contrast and saturation and then change any particular hues with the hue vs sat and hue vs hue control in resolve. Then test it across many other LogC images to see how it’s responding. If you want to get into more depth, you can start using fusion where you will have a greater control over contrast for example.

Steve Yedlin specifically wanted to emulate the look of neg to printed film with his LUT which I believe was Kodak 5218/9 printed to 2383. He did this by taking a skypanel, putting it in xy mode and running 6000 or so patches of varying colour and brightness levels across film stock. The film was then printed and using a spectrophotometer he measured the value of each of these patches. Then he did the same with the Alexa and using software/math modified the Alexa values to match the film values. This created a contrast and colour match with the print film stock. Obviously this process is very in depth and was undertaken to match a particular ‘look’, in this case film neg printed on film.

It’s a good idea to try to develop your taste for what you believe is a nice ‘look’. Eg how saturated you want your images to be, what colours you like and how bright you want them, what contrast you like. Arri’s Rec 709 lut for example has a little unpleasant bright and garish reds. Film on the other hand has deeper and darker reds when it saturates. As you develop your taste you can then create a lut that reflects what you find aesthetically pleasing. You will probably find that many LUTS cinematographers use are fairly natural and neutral without a strong stylised look to them, the stylised look is created via lighting and also via the colour correction. As I’m sure you’re aware if you read this forum, Roger in particular favours creating the ‘look’ with lighting primarily rather than in the grade.

I have a calibrated Flanders scientific monitor but also a lcd computer monitor. I find that when the lcd is calibrated via my i1 display probe to rec709 2.4 100nits it is very close to the Flanders (of course there are subtle but important differences in the Flanders ability to display the contrast range etc), so I would recommend doing that to at least get yourself in a good ballpark to judge from. The probe is pretty cheap.

Roger Deakins replied to Lots of love from China 1 hour ago It is hard to imagine anything in '1917'...

Roger Deakins replied to A place in the sun counter intuitive 1 hour ago I will have to study the film. Maybe someone else ...

Roger Deakins replied to Cove lighting set up and best color temp for a mix... 1 hour ago I have no rule to pass on to you and it is difficu... 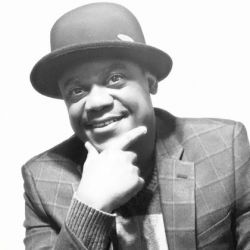 Donnell Henry started Cove lighting set up and best color temp for a mix... 4 hours ago Hi Mr Deakins, I’m new to the forum. I wanted to...

leandroimaz replied to How to extend sunset or dusk time 5 hours ago  I have a question David regarding to what you sa...

Mitchell P replied to Arri Alexa Super 35 4K 19 hours ago I wonder if the current Alexa Mini will still be w...

Vanniyan started A place in the sun counter intuitive 1 day ago Dear master roger i. Learning lot from you. Thanks...

Roger Deakins replied to Assassination linger cut 1 day ago You should read the book and then you will see wha...

Roger Deakins replied to Yellow/Golden light - dimmed tungsten bounce vs ge... 1 day ago I have done something similar with blue gels when ...