Hello Roger, huge fan! My question is more on the business side, but I'm curious about the decisions on releasing your films open matte for IMAX. From what I take, you're not the biggest fan of IMAX projection, and you frame for Scope instead of Flat. So who makes that decision? I'm especially curious since all 3 films are distributed by different studios, and have 2 different directors.

Also, would you ever consider doing a 1.43 release for us few lucky folk that have a Laser GT IMAX?

Most digital IMAX is 1.9 : 1, though the new laser projection IMAX systems can support the old 70mm 15-perf 1.43 aspect ratio. Not sure what digital delivery format they use for that since the largest 4K DCP size is 1.89 : 1.

IMAX is able to do the 1.43 through some trickery in the Image Enhancer of the projector's server. It's still a regular DCI compliant Full (4096x2160) DCP, but "squeezed" down about 25% from 2864x2160. In the server, the computer sees the digital certificates on the DCP and does a software anamorphic stretch.

I hope to see more 1.43 IMAX content in the future. I really am curious as to why the IMAX branded Alexa only has a 1.9 image sensor when their bread and butter is the 1.43 Large Format screens, and the regular Alexa's open gate is almost exactly the right aspect ratio. Sadly I feel like they're doing away with that format since there are only about 15 or so in the US right now that are dual laser GT, and they've rolled out their new single Laser that doesn't do 1.43 as a cheaper upgrade alternative for the exhibitors.

I was consulted about an IMAX release on all three productions. Of the three I was less keen on doing an IMAX version of 'BR 2049' but it was a help in getting the film made and I didn't feel that it was much of a compromise for me to frame for both formats. I don't shoot in anamorphic so using the 'extra' frame area meant that the captured image quality of the IMAX version was the same as the widescreen version. I think the IMAX version of '1917' is quite good as the format only seems to enhance the claustrophobia of the trenches.

Yes, probably in my ideal world the films would only be seen in widescreen but that is not how the real world works. My main problem with IMAX is not the square format but use of the silver screen. No matter how good the image quality of the camera original is the projected image is soft and colorless around the edges as well as being far from uniform in density across the frame.

I typically prefer scope on smaller screens and TV/computer monitors, but I feel like (at least the traditional Grand Theaters) IMAX is really cool open matte and can make the experience more immersive, especially with 1917.

David, Roger and others, is it time that IMAX rethinks its whole business and tech model?

Well, come to that, maybe it is time for the whole film theatre business and the film industry in general to have a rethink.  In an age where 65" TV sets can cost as little as $500 (Panasonic is offering brand-new 'shop-returns' inc. delivery for £375 plus sales tax, so £450)  and home sound systems are getting more sophisticated, is the night-out at the cinema still a viable product in its present form?

Maybe though if you've ever seen a Buster Keaton comedy with a live audience and live music, it's nothing like the home experience. I laughed so hard during one scene in "The Navigator" I had trouble breathing...

The business is certainly in for some kind of change after this episode. I hope sitting in the dark with an audience is not a thing of the past. I for one am glad to have had that experience, at a Buster Keaton movie or two as well.

The Byre replied to Episode 11 - George MacKay 1 hour ago A remarkably outgoing and effusive person who gave...

The Byre replied to Episode 12 - Dean DeBlois (May 24) 2 hours ago A particularly interesting discussion and one not ...

filmphotographymagic replied to manipulate the white balance 3 hours ago Happy Birthday Master. Thank you very much for you...

Andrew_Hill started Dream Collaborations 10 hours ago Hi Roger, Are there any active directors or produc...

Wakko replied to Birthday Boy! It’s that time of the year again ... 11 hours ago Lights. Camera and feliz cumpleaños! The film com... 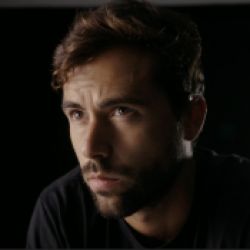 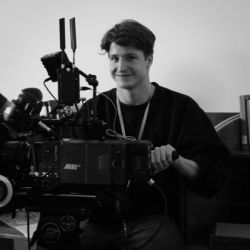 George Harsanyi replied to Birthday Boy! It’s that time of the year again ... 16 hours ago Greetings from Hungary! Wishing you many more cand...
Top Forum Posters