How much does the film look change in post? (6 replies and 5 comments)

On the podcast Roger said that the look of the film (the LUT) is prepared ahead of filming. I was watching a behind the scenes video for 1917 and you see a monitor whilst filming. Granted, the screen is reflecting light so it's not that easy to see the correct colours but it's evident that the screen does not resemble the same look as the final scene. I was just curious if you knew how this scene was going to look while shooting or if the look was developed in post? The final scene is to my eye at least pushed towards yellow/orange, what kind of considerations does that require during shooting? 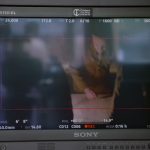 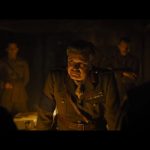 You can’t judge things by how they look in a behind the scenes video, particularly in a tungsten-lit scene because monitors are daylight-balanced, etc. Plus not every monitor on set is calibrated, a focus-puller’s monitor might be brightened to see things better...

I see, thanks for the input!

I'm still curious however how much the look changes throughout production. I suppose this must be very different depending on the cinematographer's workflow. But I'd be open to hear any and all methods as I don't have much experience myself!

The trouble with waiting until post to create a look is how can you judge the lighting on set, what will the director be seeing on set, what will dailies look like, what will the footage look like for the months of editing that might happen? Certainly if you want some more extreme, processed look you can create some LUTs for the set or have your DIT do on-set corrections live that go out to the monitors and are applied to dailies, but all of that has to be planned for in prep. So ideally the look doesn't change through production other than in minor ways. Of course, people can change their mind in post but I'd prefer nailing the look down at the time of shooting as much as possible.

The more typical changes from set monitor image / dailies to final color-correction are more in terms of degree or making things match better between cameras or when the weather or daylight shifts. Maybe, for example, you shot a twilight scene to be very blue but in post you adjust the degree of how blue, or you shot a very warm scene but tweak just how warm in the final color-correction. But I think a lot of cinematographers pride themselves on shooting footage that needs minimal adjusting in post.

Doesn't look too far to me besides motor being a bit bluish, which is to be expected.

That scene, like the rest of the film, appeared on screen almost exactly as it was shot. I did do one dynamic to lift the soldier who is giving out the supplies, but that was only to the equivalent of 3 printer points. Otherwise the color and density was the same. The monitor my DIT uses is calibrated to the screen at our post house so there was no variation there.

The only real timing done on "1917' in the DI was to match daytime shots, so that the transition from dawn to morning light felt as smooth as we could make it. Obviously, even though we always shot under cloud cover that can vary considerably as can the light during a 6 or 7 minute take when you are shooting under variable conditions.

Roger Do you use same post house for all your movie?

Yes, I use E Film, which has now been integrated into Company 3.

I I think this area is one of the main differences between experienced, professional cinematographers and inexperienced ones. I've seen cinematographers (and directors) on low/micro budget films I've worked on who seem to think the look of a film is created mostly or entirely in the DI and seem to discount the value of lighting a scene to get it looking the way they want it in camera. It's easy to get carried away in the DI, since there's so many ways you can manipulate an image in software such as Resolve or Baselight etc. To me, creating a look with lights is usually better than creating a look with a computer under most circumstances.

I think the operative and perhaps confusing word in the original post is "change" -- to many cinematographers, it implies one look was achieved during production but it was altered in postproduction to another look.

But perhaps there is some confusion because the raw recording in the camera has to have some sort of base color-correction applied to it, even when the raw image is converted to RGB in log gamma, it is low-contrast, desaturated, etc.  It is meant to have some conversion step for viewing with a display gamma with a certain black level, contrast, saturation, etc.  And raw files don't even bake-in color temperature, that has to be selected in the conversion to RGB.  So what some might consider a final "post look", whatever it is, is not really created in post, it is created in prep by the cinematographer working with a DIT and/or a colorist at a post house to create a viewing LUT (or multiple LUTs) to be applied to the raw-to-log signal to allow the cinematographer to view an image on set with the basic image parameters desired -- it may be a very simple LUT or a highly stylized one -- but one was shooting in film, it might be, let's say, similar to coming up with a look based on pulling a 200 ASA film one-stop and doing a skip-bleach process to the negative, or it may be similar to just shooting 500 ASA film with normal processing and exposure. It's the base look that the rest of the photography is built on in terms of lighting, exposure, etc. And it gets applied to dailies and is the starting base for final color-correction even though it begins by converting the raw data once again.  But that doesn't really mean that the look "changed" in post or was created in post.

To create this LUT (look) in prep, are you talking with the producer to pay you to sit down in person with a colorist to create this look? Or are you just doing it remotely? Sending them images to base the look on? What is that process?

Roger Deakins replied to Jesse James - Evenly Lighting Ford and Liddil in G... 1 hour ago Exactly that. The warmer color blends off into the...

Stefan Vrachev started Vince Gilligan Podcast 9 hours ago Hello, James and Roger. I would love to listen to...

dmullenasc replied to LF on 1917 16 hours ago However, I'd counterbalance that again by say...

dmullenasc replied to LF on 1917 16 hours ago It's worth taking a look here:...
Top Forum Posters