Were U also interviewed for the upcoming Blu-ray special features? 🙂

The film was shot at 3.4K, which is the full resolution with the Alexa in Open Gate. The entire workflow, including all the effects work, was kept at this originating resolution of 3.4K. The DCP was then made at 4K. The only 2K elements made for 'Blade Runner 2049' are for 3D projection.

This is excellent news, Roger.

So excited to see the film. Am I correct in my understanding that the IMAX version of the film will be a 4K DCP using an extraction from the 3.4K Open Gate frame?

If so, was that 1.9:1 extraction something that was accounted for in-camera along with the 2.40 framelines when composing the shots? If not, what was your involvement in choosing those frame extractions for the IMAX release?

Out of curiosity, what is it like to compose for multiple extractions, and what sorts of things you have to keep in mind when doing so?

Extremely looking forward to seeing the film, but I'm not sure which version to get tickets for.

It was not a problem to frame for both as we were, first and foremost, framing for a widescreen 2D film and the other deliverables were just an addition that we needed to allow for. It did mean keeping the area clear of lamps as much as possible and it also meant VFX needed to render a larger frame area.

I oversaw the timing and framing of every version of the film.

It's a shame some IMAX theaters are pushing for 3D. It's either seeing an expanded AR in 3D but with the usual quality laser projection or seeing this in regular 2D with inferior image quality on a silver screen.

Thank you for your response, Roger.

In general (not just with this film) do you feel that the part of the image that extends beyond the intended widescreen frame for an IMAX release is given as much thought and care by the visual effects team?

Definitely! The effects team has to take as much care of the IMAX as with the standard wide screen version.

So in other words, Roger you used a 3.4K DI. Or did you afterwards upres everything to use a 4K DI? I do you know you prefer 4K final masters.

The final DCP was made at 4K, yes.

If we let the DCP delivery aside.

You finished Blade Runner 2049 on a 4K or 3.4K Digital Intermediate?

For the first time, in my experience, we could do the DI color timing at 4K. Previously to this I had always done my timing at 2K and then made an output DCP at 4K. 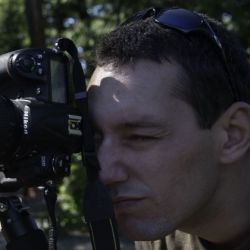 This is my first post on this forum, and I just want to take a line to thank Mr. Deakins for giving some of his time to this community and share with us his experience.

When there is an IMAX output we usually render all the VFX at full resolution with the appropriate overscan.
This obviously adds some time to the renders since it's a bigger area to calculate.
Also, all the compositing work has to consider the extra resolution required for integration work, like distortions and defocusing.

I did not work on this movie (I usually supervise 3D lighting and lookdev), I was busy on another title, but this is one of the few movies I am regretting not working on.
I loved the approach of building as much as possible and use the CG for "extending the visual experience".
It is visually stunning and the cinematography is just awesome.

tedsuo started Thoughts on neodymium incandescent bulbs? 18 hours ago Has anyone made use of neodymium bulbs for practic...

MatthewEspenshade started Tungsten film under daylight without filtration 23 hours ago So, this isn't my favorite photo that I'...