It all started (one dark and lonely night and man too tired to go on - The Invaders! - This has been a Quinn-Martin Production!)

No! It all started when I kept hearing about people about to start a film studio in our part of the World. And then it would all fall through. Some numpty would announce the creation of a giant studio complex and that story would be picked up by the papers and shortly afterwards the same numpty would bleat out some asinine rubbish about "We canna get the funding." and one realised that he was all mouth and trousers!

This was all made worse by the various quangos being complicit in this game of charades, staffed as they were with civil service and BBC caste-offs - the people that they didn't want!

We moved here in 2000 from Deutschland after selling our news-agency so I could 'retire' to a lifestyle business and my first love of audio.

As luck would have it, we got several commissions from London film-music agencies so that their signed composers and arrangers could come up here and be windswept, groovy and creative. That went fine until budgets started to get thinner and more and more composers built their own studios and the agency moved into Abbey Road. So there we were with a 100 sq m live-room, grand piano, all the toys, bells and whistles and only local head-bangers as occasional one- and two-day customers.

We started a music school but getting decent teachers who stick the course and are reliable and don't try to steal customers for 'homers' and are prepared to work a full week proved too difficult, so I knocked that one on the head this year after three years.

We had done some video work back in the days of SD so I still had some lights, a largish jib and all sorts of other bits and pieces. 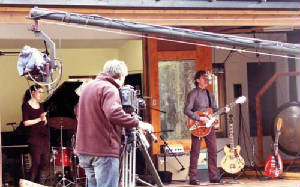 When it comes to audio, we want for nothing of course, as we have a 7.1 Lexicon 960L and a 5.1 & 7.1 60-frame desk from Amek and a 48-track Radar recorder and the usual workstations loaded with the usual software - and of course, we have oodles of microphones. So I thought, hey, let's go the whole-hog and start a film studio. 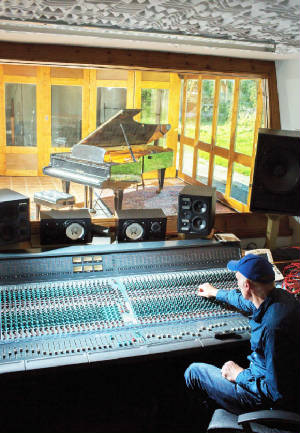 And yes - Hollywood was my first thought - how did they start? That and 'Where are the others going wrong?' The rather obvious first thought was - one needs a product. "Build it and they will come!" is bunk! They don't! You need films to make in a studio. And you need them FIRST!

Just as nobody builds a factory and then says to themselves, "Jeez, I do hope someone comes along and uses it to make something!" it dawned on me that building a studio away from places like Hollywood, Pinewood etc., etc., is pointless. The pioneers had the desire to make movies first THEN they put together the means to do just that - not the other way about!

So now we have two movies ready to go. The first is a zero-budget romp through the music biz (i.e. home turf!) about two young boys who inherit an old 1980s recording studio, only to find £500,000 under the floorboards that just happens to belong to a violent drug-baron. The second is a low-budget German-Scottish coproduction set in Scotland and Berlin.

So this year I have built a post-production and viewing room which can also double as ADR and Foleys room and we are converting other rooms into space for editing suites, storage and server spaces.

We have had to build the shed in the woods set twice (trees fell on it during a storm!) 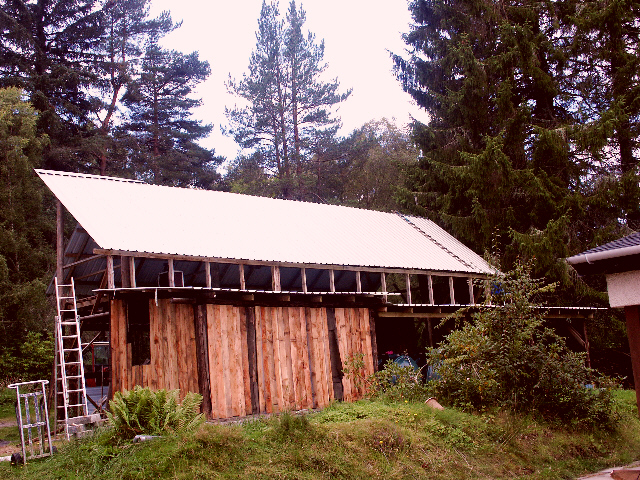 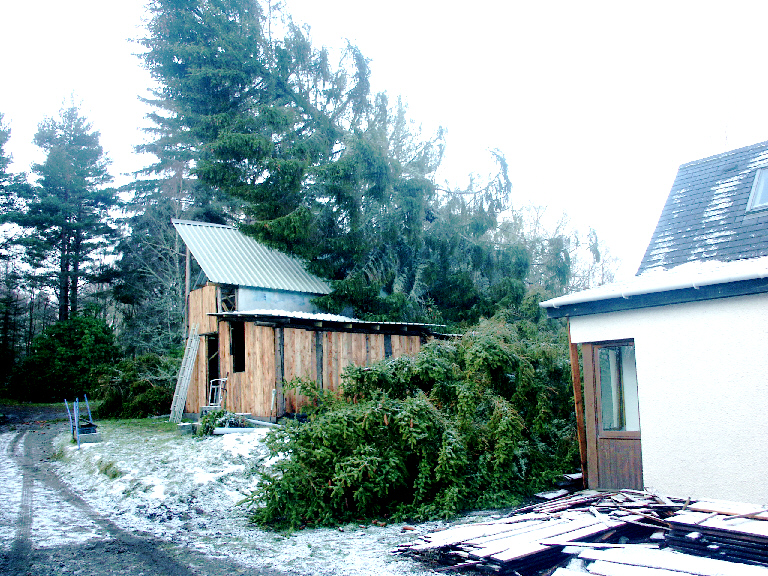 It's now back in one piece and contains our rather small carpentry and welding shop, as well soon housing the old-studio live-room set.

Once that gig is over, the shed becomes a small island church that is the brutal opening scene for film number two.  (Option bought and paid for, script still in development.)

Roger Deakins replied to Andrey Zvyagintsev 5 hours ago Yes, but 'Leviathan' is also good. A har...

Roger Deakins replied to How was this scene from Sicario lit? 5 hours ago OK! Thanks!

Baudelaire replied to Composing for Vertical Video 5 hours ago vertical video. The way of the devil. I beseech yo... 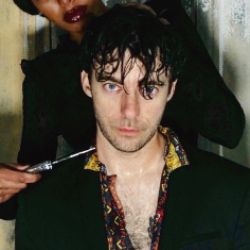 jonathan higley started Composing for Vertical Video 7 hours ago In episode 5 of the Team Deakins podcast they make...

Roger Deakins replied to Coen Brothers Storyboarding Process 8 hours ago When I first worked with the Coen brothers, on &#0...

Roger Deakins replied to Andrey Zvyagintsev 8 hours ago Let us know what you think about 'The Banishm...

Roger Deakins replied to How was this scene from Sicario lit? 8 hours ago The cut was a flag set at 90º to the wall, which ...

The Byre replied to Episode 33 - JOEL COEN - Director 16 hours ago Is this the director Ethan Cohen mentioned as a c...

Innokenty Vetkin replied to Depth in composition 16 hours ago There is an old basic tutorial that has a nice par...

dmullenasc replied to Learn 50's style direct lighting 18 hours ago Here is one shot from "The Love Witch", which was ...
Top Forum Posters