← Forums
← Back to Lighting...
https://www.rogerdeakins.com/wp-content/plugins/wp-symposium-pro/forums/../css/images/wait.gif
1
2
Next

Roger, I am back from the mountain shooting the western. Thank you for wishing me luck! I had some. As you will recall , it had been my plan to shoot the horses in the forest and the riders with lanterns. I was going to fog the background some, and well...as you pointed out, there could always be, and there were,many things beyond my control. The wind. The growling and lurking mountain lion. Not enough lights. So, I got the shot in the forest, but, it wasn't quite powerful enough. I went back and got this one instead. I think the LED lanterns worked pretty good. This time there were no wild animals and nature made a wonderful canvas to work against. This is raw, right out of the camera. https://vimeo.com/437887735/5d518be960»» 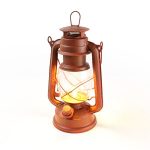 but I must say that this scene is very impressive. You even managed to capture the blueness of dawn. I love the way the horses pass either side of the camera with only the sound of hooves and a lone bird.

Btw, How did you power those lamps?

Thank you, Mike. The lamps have batteries so you can dim them down if need be. I found that in this situation, they looked best dialed all the way up.

So you could have cut out the variable resistor and connect direct, assume they were 6 volt bulbs. I love the solitude and sound of hooves getting nearer the camera at head height. Really, really good imo.

Thank you, so much!

After the first shot I felt the need for more visual information (instead of the shot that shows them riding away). Like a close up of a face or wounded hand or some other detail that would lead me into the story.

I know what you mean but I think his remit was just to copy one of Rogers lantern scenes to see if he could achieve similar results. He could have tested his theory with lamps in the garden but decided to include the tests with a ‘live’ action scene which I thought was rather good imo. I acknowledge his determination to demonstrate, that with a small budget professional results can be achieved. There was a lot of work involved just to get these scenes. This team of movie makers are serious and it’s only a matter of time before they present a completed film. Good luck to them, I say!

I see, then my previous point is not relevant here. Although I like to see an attempt at story telling even in tests.

As said, it looks very good.

The shots are actually part of a TV pilot that premieres in a few weeks. In place, the shots completely make sense.

Did you use varicam?

So PB, how did you get along with the Varicams and have you tried the Eva-1 yet as it is excellent for low light work?

And a very good image BTW.  Perhaps a bit of flicker on the lanterns might have helped to make that image 'killer'.

I love the Varicam. Very much! Thanks!

What ISO range did you set?

Pbwinter could you tell me what varicam model did you use?

Looks good but it’s missing a moonlight effect. On such a clear night, you’d want more of that subdued moonlight as seen in 2010’s True Grit, of course Roger used a large amount of HMI fixtures, but I imagine you didn’t have an existing budget to pull something like that off. I did enjoy your work but that last shot seems terribly dark. I would’ve used torches to get more of a flickering effect.

its scary, in such old times, can you imagine riding in the pitch dark with nothing but lanterns?

Thanks. My whole budget was the lanterns!

Scary in the new times also...You should have been there on the walk back to the truck. Nothing but those lanterns.

What lens did you use for that shot. Also how did you power those lamps, 6 volt, 12 volt? Did you add yellow gel in the lamps?
Sorry about questions but we all need to know The technical details.

Sigma 18-35. The lamps are powered with AA batteries. No gel, as the light from the lamps are quite yellow one their own.

Many thanks Paul. I assume that you have access to horses and riders.
Did you put the song bird in at the end or was it ‘live’ during the take. There is a reason for asking, trying to establish the species.

The riders are the actors in the show. A few are real cowboys and are part of the wranglers team. The scene is that they are tracking an Apache who they think kidnapped a woman.

The song bird is part of the sound effects that are being created. That was just a quick put together for the first viewing. What kind of bird? Who knows. He sounds good, though.

Thankyou for that. Putting the song bird at the end was a nice touch whether planned of not, it certainly worked for me. I saw it ‘fresh’ like an audience would and it still lingers in my mind. How many scenes do you see nowadays that you remember.

Could any one tell me which model varicam did he used for this?

I think 'moonlight' would have killed the effect and made the shot look theatrical. I don't see why riders would be using lamps in the darkness like that, but ... it  feels real nonetheless.

I agree. On a previous night, I tried it with some "moonlight" and it looked exactly as you said, theatrical. I won't share the shots that didn't work, but there were a few of them. I went with just the lanterns because it felt real to me. In another story or situation, I would love to get the elusive "moonlight" effect.

Cinematography, for me, is like this old Chinese story I read some years back. It's also why we should be well paid, I think. I'm sure you have all read it, but here it is...

There was once a king who loved the graceful curves of the rooster. He asked the court artist to paint a picture of a rooster for him. For one year he waited and still this order was not fulfilled. In a rage, he stomped into the studio and demanded to see the artist.

"Come with me," begged the artist. He led the king to his storage room. Paper was piled from the floor to the ceiling. On every sheet was a painting of a rooster.

"Your Majesty," explained the artist, "it took me more than one year to learn how to paint a perfect rooster in five minutes."

I have bad taste! Never listen to me! 🙂

That is a nice story! Pretty good in a year.

I remember at art college, in our first pre-diploma year, we had to draw a Trajan 'O'. For an hour or two every week just an 'O'. Sounds crazy, felt crazy, but my 'O' was pretty good at the end of that year. Though, I didn't go on to draw the rest of the alphabet.

The world is blessed that you went on to become a cinematographer and not a calligrapher!

1
2
Next
Back to Lighting...
Recent Forum Posts

skiphunt replied to Andrey Zvyagintsev 19 mins ago Watched 2/3rds of The Banishment last night. I did...

Roger Deakins replied to Andrey Zvyagintsev 35 mins ago Yes, it maybe an odd word to use but I would put t...

Roger Deakins replied to differences and elements of continuity between Bla... 43 mins ago The story-line. I did nothing to deliberately conn...

Roger Deakins replied to How much does the film look change in post? 46 mins ago That scene, like the rest of the film, appeared on...

Innokenty Vetkin replied to How much does the film look change in post? 2 hours ago Doesn't look too far to me besides motor bein...

dmullenasc replied to Learn 50's style direct lighting 3 hours ago Here’s the footage I was matching to, I didn’t...

Al.Ch started differences and elements of continuity between Bla... 3 hours ago Talking about cinematography and visuals, what are...

dmullenasc replied to How much does the film look change in post? 3 hours ago You can’t judge things by how they look in a beh...

Vigsod started How much does the film look change in post? 7 hours ago On the podcast Roger said that the look of the fil...

gazoobajp replied to Lighting for a car commercial 12 hours ago You're really outstanding. How can you find t...
Top Forum Posters