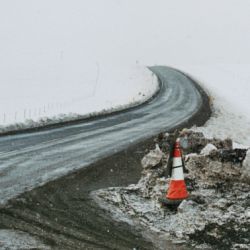 Greetings from Turkey. I recently saw your film the Assassination of Jesse James by the Coward Robert Ford. I was wondering what light/tools you used to create the vertical rays of light on Paul Schneider's face and the tree he is leaning on. Did you make use of the sunlight and the position of the other trees alone? Was there additional light and canalizing elements to make this effect?

You can see the scene I am talking about in the attached. Thank you for creating this website and, hence, the opportunity to get in touch with you! 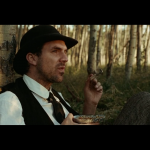 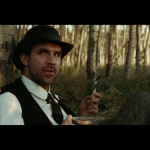 Not roger but I would assume its only the sun lighting the scene. The trees in the background have light hitting them from the same direction and I doubt any large fixtures like an 18kw were used to light the scene. I think the forest is just acting as a cucoloris, letting some direct light in and some diffused/bounced. It just all is dependent on the sun's position.

Thanks for your answer. Very likely of course. But considering the strength of the sunlight, I assumed that there must be some controlling/canalizing elements other than the surrounding trees. So, cucoloris maybe.

It was just sunlight. The scene was spontaneous and we shot it very quickly when the sun was low.

Was there any bounce used in this scene at all? A little foam board or just entirely the sun? Thanks Roger

Mike replied to Finding your own style in photography 3 hours ago Lenkiewicz was famous for using lots of light in h...

Volker M. Schmidt replied to Creating Smoke/Fog without a machine 4 hours ago When I was still working in a theatre, we were als...

ravikantrai started What does "cinematic" mean to you? 8 hours ago Hi Roger! I was wondering what to you, makes somet...

The Byre replied to Creating Smoke/Fog without a machine 9 hours ago "it's only a very small section of about 5ft ...

Roger Deakins replied to Pulling Stop on 1917 13 hours ago I did have a plan worked out for a stop which woul...

Joshellis40 started Pulling Stop on 1917 14 hours ago You mentioned that you were pulling stop a lot of ...

Roger Deakins replied to Creating Smoke/Fog without a machine 16 hours ago Most of the atmosphere in 'BR 2049' was ...
Do NOT follow this link or you will be banned from the site! Scroll Up