Lighting an infinity cove and removing shadows. (3 replies and 2 comments)

I need to light an infinity cove for a martial arts scene, and the Director wants to achieve a similar look to the 'construct' from The Matrix.

Initially I'd planned to use space lights and a big key, but the director was adamant about no shadows whatsoever, and I'm wondering how Bill Pope lit this, the lack of shadows under the Chesterfields makes me think it must be green screen or the whole stage floor is a light?

Any advice would be much appreciated and thanks for reading! 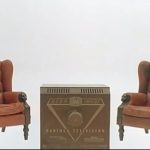 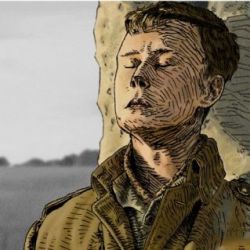 My initial guess is greenscreen because the bottom chair legs aren't lighter than its top. It looks like to me that they had a very large diffused source on top and two diffused keys behind and to the left and right of Morpheus and Neo respectively

I am pretty sure that this was greenscreen, there are no shadows whatsoever, not even below the seats. A floor that would give light would certainly bring other problems, and be hard to match with that background.
But one of the masters here will probably have better insights.

I don't think it was a greenscreen (but I could be wrong) because it would be easier to shoot in a white cyc with a lot of soft light and then in post erase the faint shadows under the chair.

Or you put them on a milk glass floor with lights underneath against a white cyc and erase in post the join where the floor meets the cyc. Greenscreen isn't going to be better than a white cyc in this case because you'd still have shadows under the chair in a green cyc that would have to be erased. And you'd have a ton of green spill to suppress. The chair seems to be reflecting white from the sides and behind.

You could also put them in a white cyc with a mylar floor so it reflects white under the chairs but then have to erase the reflections.

Roger Deakins replied to The Hardest Parts of Your Careers 15 hours ago There is always an element of self doubt. I have n...

Samad EL KHARROUBI replied to Need your feedbaks on my first short film! 16 hours ago Hi Simon!I am very happy that you liked my short f...

simon m replied to Need your feedbaks on my first short film! 1 day ago Hey Samad, I loved your movie. I thought your conc...