Hi Mr. Deakins and everyone!

My name's Andy I'm a film student and I'm about to shoot a short film that's 90% interior car scenes and the car should be driving around.

I don't have the budget/crew to shoot it indoor with lighting to 'fake' a moving feature and do VFX for the scene outside the window so that means I have to shoot it with the car driving around.

How then could you light the characters sitting in the car? Because if the light's not moving it'd suggest the source is in the car, and that shouldn't be the case. The scene is at night.

You didn't mention what era the movie is set in. I'll assume that it's present tense. I'd go around and do some scouting of streets and find the streets that have the kind and amount of lighting you think you can use. Also, everyone has smart phones, so you could light some parts of it with your actors looking at/talking into their cell phones. Good luck. It would be fun if you posted some stills when you're finished.

You will find that most cars now have additional 12 volt sockets built in and you can run a light source in the front and back probably from the floor of the car lighting head and shoulders. I assume your camera is clamped to fixtures bolted to the doors. The easiest way is ofcourse is to put the car on a trailer and make space for the camera and cameraman at the side and even take out the windscreen but in your case that may not be possible.

A laptop computer will give you enough light for the actors face so keep that plugged into your cigarette plug. Get yourself some scrap lights from a car salvage yard and run these from your your car battery providing you have crocodile clips. Give them a long cable and place them on a tripod with wheeled spreader legs so you can spin them past the actors faces Indicating passing cars. Make sure you practice first and you must get that right to make it convincing. You can use a spinning mirror but that's another storey. Your car probably has a 45 amp battery so you can run a number of lights all night long. Make sure your soundman is comfortable in the back seat and make sure he/she is not in shot. Use the sunroof for additional lighting if you have one. Make sure your soundman captures a wild track of the cars interior tone and also the engine running at different speeds. You may need this at the editing stage. Try not to over use the steering wheel too much during a static take.

Make sure you rehearse all the shots and get the continuity right otherwise the over all effect will look 'false' especially if the face expressions are not in sync with the dialogue. Easily done if not timed properly.

Good luck. Professional results do not have to be expensive.

I would certainly agree with that last statement.It doesn't always have to be complicated.

Many of my favorite scenes in a car at night have been lit using a 4' florescent tube taped to the hood or something smaller fixed on the dash. You could also choose a location where the existing street lighting works for the scene and shoot with no additional lighting.

I just shot a short piece that required us to shoot the lead actress in a car, and we didn't have package whatsoever.

We picked the street with the most streetlights, I pulled up a solid frame of turquoise on her iPhone, and we played part of the scene with her on her phone. We used the same effect when she was driving, but we stopped the phone down a little bit and used it as a source. Puts just enough light on her face to separate her, and combined with some lucky streetlights gives a cool effect. 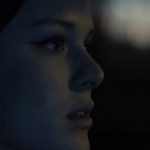 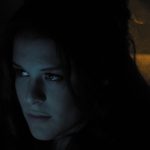 The article post is lighting a moving car interior with the replies of every one and the other great people as once. These are the film shots in the multiple of issues with the best essay writing services reviews» with the scene of the night and other physical issues.

The posted substance's fame could likewise spread like computerized fierce blaze, so rapidly - for instance, if an organization hyper-connections to the writer's site, or then toronto seo services» again if "Yippee" knocks the writer's site up in their web crawler food chain.

GianniRanzuglia replied to Are lens flares ever a good choice? 14 hours ago Hi EzraG,
The lenses they used in Licorice Pizza g...

James Parsons replied to Does it matter if you went to film school? 23 hours ago As a “not a film school graduate” with an acti...

chris33 replied to Are lens flares ever a good choice? 1 day ago Thats an example of a subtle lens flare I really l...

chris33 replied to Are lens flares ever a good choice? 1 day ago I think in the end it's really just personal ...

EzraG started Are lens flares ever a good choice? 1 day ago Hi Roger and other forum members!
I recently heard...

Tony started Muslin and strobes 2 days ago Hi
Looking for some general advice on the use of...
Scroll Up