I was watching The Assassination of Jesse James... And I was hoping that I could trouble you to describe how you lit the shot of Robert Ford and Dick Liddil seated with Governor Crittenden (reference picture attached).

In particular, I was hoping to find out how you kept an even level of light on both Ford and Liddil?

Having studied several of your lighting diagrams on this forum, I was wondering whether you may have used a "cove" set-up for this, with something like tweenies dimmed and bounced into unbleached muslin?

If it was a "cove", could the even level of light across both Ford and Liddil possibly be achieved by a set-up like the attached lighting diagram, whereby lamps "A" and "C" are more dimmed/at less intensity than lamp "B" - that throws more light towards Ford, but when combined with sources "A" and "C", blend to provide a uniform level across Ford and Liddil?

Also, how far did you have the lamps from the actors?

Thank you very much and kind regards
Shyam

Apologies, the reference picture and lighting diagram are attached below. 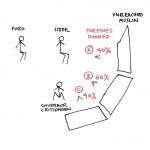 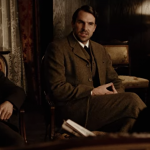 That is a pretty good diagram. I suspect I did as you suggest with three 4' unbleached muslin bounces overlapping to form a cove. The resultant cove would have been smaller than your diagram suggests but the relative spacing to the characters seems about right. Yes, the central light would have been dimmed less than those on the outside and would have carried a 1/4 CTO as opposed to the 1/2 CTO on those on the outside.

Thank you Roger, for considering the diagram and for all of this information, it is much appreciated.

Hi Roger,
Re: the use of CTOs on the lamps, can I please trouble you to elaborate on the effect you get by the 1/4 CTO on central light (less dimmed) and the 1/2CTO on the outside lights (more dimmed)? Is it to create a greater warmth in the shadow side of the faces?
Thank you again
Shyam

Exactly that. The warmer color blends off into the shadow areas.

That is the only reason for centre lamps dimmed 60% or used heavy diffusion.

Dear Roger. In the picture the light seems very controlled. But as far as I concerned, the cove light generates a lot of spill. Am I wrong or did you controlled the light with something? Thank you

I may have had some siders on the cove but I can't be sure. If the cove was quite deep it might not have been necessary. 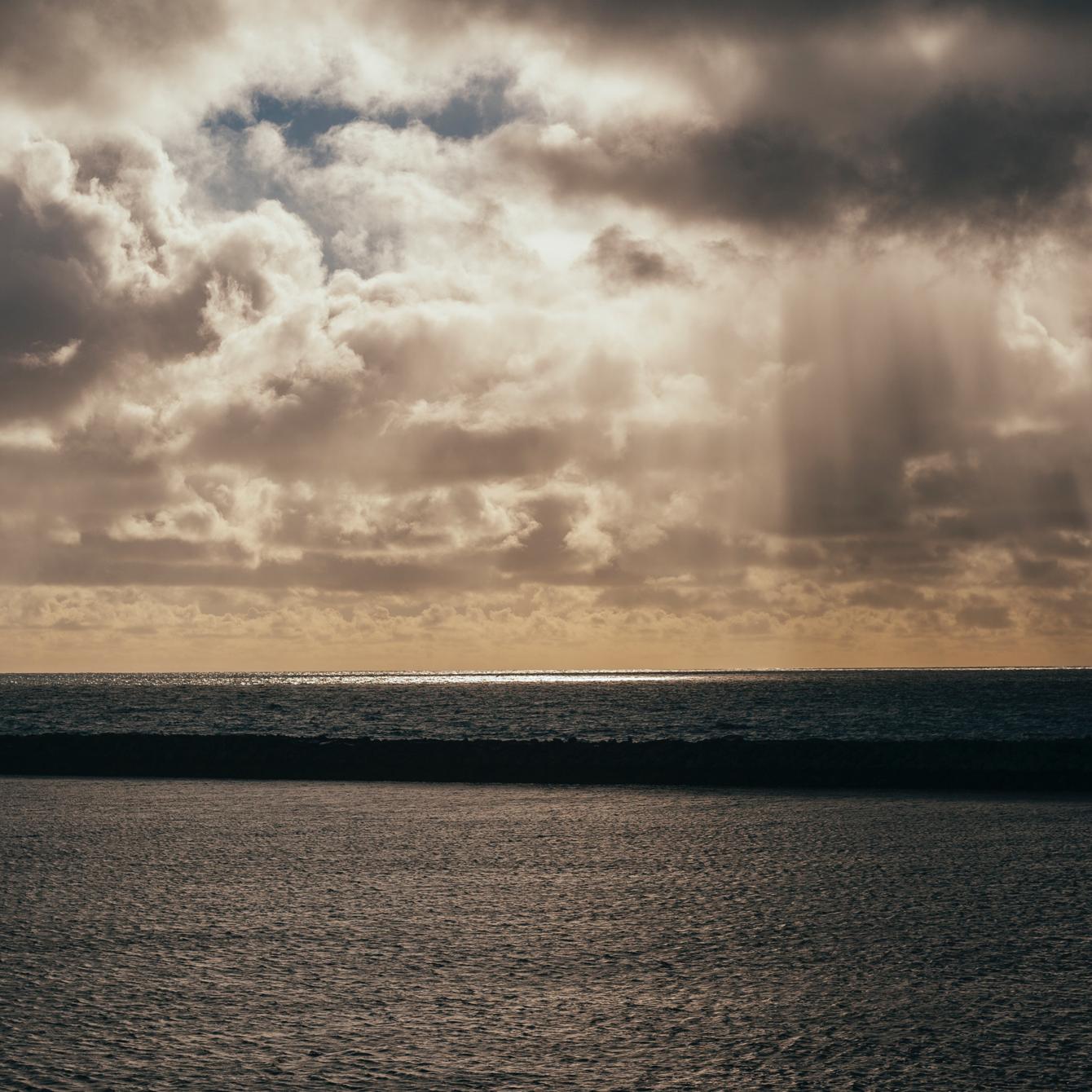 With regards to a cove light, do you generally keep the unbleached muslin high and give it a sharper angle facing down?

Just curious about how you may place it because like David mentioned, I'd imagine the light to spill quite a bit. (By "deep" do you mean how much of a curvature the cove has?)

mikelem started Shawshank Redemption Aerial Photography 4 mins ago Your podcast on Shawshank was terrific, but I must...

Gustavo Perez replied to The shining: lens choice 10 mins ago Here they are

Roger Deakins replied to How do you all learn and grow from your mistakes? 12 mins ago I could not disagree more, which just shows how di...

Gustavo Perez replied to The shining: lens choice 13 mins ago Wow, I never realized the button was under the tex...

Roger Deakins replied to Supreme prime radiance for flare 25 mins ago Perhaps someone else can give advice here! I am pr...

Roger Deakins replied to The shining: lens choice 28 mins ago Interesting that it seems impossible to tell the d...

Roger Deakins replied to Revolutionary road frank close up 29 mins ago A strong back light is a tool like any other. I mu...

Baudelaire replied to Electra Glide in Blue 11 hours ago Yes , i remember watching it over 20 years ago, i ...

dmullenasc replied to Electra Glide in Blue 14 hours ago I heard a story that Conrad Hall felt that scenes ...
Top Forum Posters