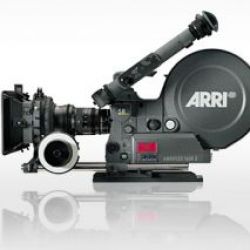 Is it true that you change the white balance in camera on digital cameras to get a blue or orange tint? Or do you just shoot at a normal white balance and tint it in the DI?

You can change the overall color of an image by adjusting the white balance but I only make that change when I am shooting daylight to Tungsten. Other than that I like to set the colors 'in camera' so that there is variation within the frame and not just an overlaid wash.

Do you mean that you shoot with 5600k in a tungsten balanced environment? What would be the reason for this when shooting digital? Wouldnt there be an unnatural orange tint throughout the image?

No, I am saying the opposite. I said I will only change the white balance to adjust between daylight and tungsten lighting.

I do also sometimes adjust the color of a daytime scene, similarly to shooting tungsten balanced film with an 81EF filter rather than a full 85.

I always shoot in 5600k unless in a tungsten environment as I rarely shoot in a florescent environment. I like the colors that 5600k would bring out at dawn or sunset, I think shooting sunset at 3200k would take away a lot of the colors. What is your take on this? Do you ever shoot in 5600k during golden hour?
Thank you for clarifying.

Most cinematographers use a mix of techniques -- creating a cold or warm color cast by changing the white balance will affect the overall frame... sometimes that's what you want, other times it's better to do it with lighting so you can mix colors (like when you create a late afternoon / sunset effect with warm sunlight and cold shadows.)

It's not unusual to create a cold wintertime feeling or a blue-ish dusk effect in day interiors by setting the camera in-between 3200K and 5600K for example.

As for warming up a night interior lit with tungsten lamps, Roger has explained many times that he prefer to add the warmth by dimming the tungsten practicals while leaving the camera setting to 3200K, rather than, for example, setting the camera to 3400K or higher in (undimmed) tungsten lighting.

Also, keep in mind that Roger normally shoots on ARRI Alexas and records in Arriraw, which does not "bake-in" color temperature settings on the camera, they are applied at the time of post-processing from raw and can be changed.

Thank you for your insights, David. Is there a correct white balance for shooting in late evening for getting accurate colors that the human eye sees? Of course reality is a very subjective thing, supposedly.

The brain is always adjusting to what the eye sees. The blue of a dusk may not 'appear' blue when you are standing outside and there is no other color to reference it but it could also appear very blue if you are looking out from a room lit by firelight. How you translate that in a film is a personal choice and also one that can depend on context. You may not want the colors that are available to you in 'reality' or you may want to exaggerate them. That is part of a cinematographer's palette. As you say, reality is subjective and color very much so. I have no idea what color you are actually seeing. I mean, what is blue? A wavelength. But how is your brain interpreting that?

Exactly, everything is subjective and everyone's blue is different. Sorry to stray from the topic, but I think we forget that we humans have a finite representation of 'reality' from the constraints of our senses, I mean certain animals can sense things that we can't. That's why I have a problem with anyone who "knows" the truth. Or anyone who will dismiss someone else's beliefs on what reality is, given how little we know about the universe let alone our own minds.

I think you make good points. We all have our own 'realities' but, to paraphrase Orwell, some realities are more real than others!

Aha, It never fails to keep me grounded knowing reality may not be what it appears.

Baudelaire replied to The LED lantern shot in the mountains 2 hours ago excellant !

Hans replied to The LED lantern shot in the mountains 9 hours ago Looks and sounds very good!  After the first shot...

agastya started Do you think that the long laborious shoots pay of... 14 hours ago In the Bill Pope interview, you discussed how long...

Roger Deakins replied to Handheld Tracking Shot Advice 16 hours ago That is a hard one to answer without knowing the l...

Alejandro replied to Handheld Tracking Shot Advice 18 hours ago I saw a few camera operators using a rickshaw for ...

dmullenasc replied to The LED lantern shot in the mountains 20 hours ago Looks great, very evocative!

Roger Deakins replied to The LED lantern shot in the mountains 21 hours ago Yes, lovely work!

Mike replied to The LED lantern shot in the mountains 21 hours ago Not Roger, but I must say that this scene is very ...

pbwinters started The LED lantern shot in the mountains 22 hours ago Roger, I am back from the mountain shooting the we...