I came across this tip on a post shared by a dp..

I want to know what other dps think about it. I want to be agile on set, so if a 2kw/kino/softbox through a thick diffusion can do the job then I would rather not use the bounce and through "booklight" technique. What is the most favorite "keylight" fixture & diffusion for dps? I have read that some dps don't use kinos/leds while some use them a lot. Pls share your thoughts and experiences. Thanks!!

Varun172, that's a really, really good question I think.   I've never attempted the book light in a shot, still or video, but since reading about the technique more and more, I've got that on my check list.  Hoping that Roger or David Mullen or others with experience will chime in on subject.

I've thought of something that may sound silly, but: For a softer light, instead of bouncing off a solid and into a diffusion (book light), what about shooting the light through the diffusion and then through another diffusion? Now before you laugh and say that is just a complicated way of shooting through a single thicker diffusion material, consider the distance or space between the two diffusion materials. Light passes though the first diffusion, disperses and scatters the light for a few feet maybe, then that light goes through the second layer of diffusion, maybe a thinner material this time, and net effect is softer light. The reason for using this method instead of book method might be because of time or simplicity, or special circumstances whatever that might be.

You are right.. using multiple layers of diffusions spaced out is a very effective way to soften the light. But I think it will need more space to get the same softness as a book light, which is where the book light is space efficient 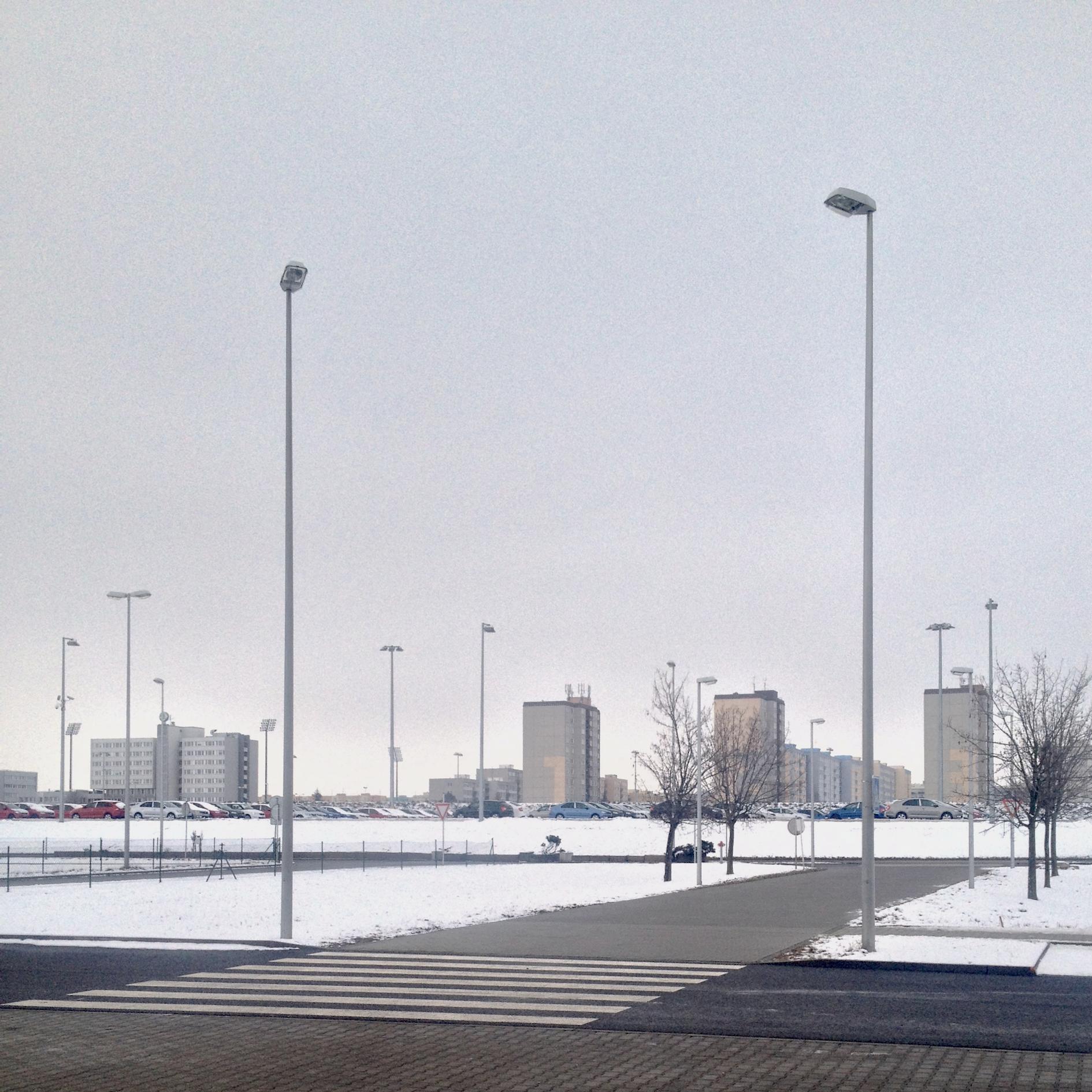 As you said a classical booklight is generally a bit 'softer' since it is a bounce source sent through a diffusion rather than a direct source. Even if you use a full diffusion or a leelux by sending through a direct source you will always have a visible hot spot on the contrary to using a bounce as a the source. Also a 'booklight' can be quite handy when you are not able to put a lamp in a specific position because of space limitations (or overhead). You just put a bedsheet to a wall or a poly overhead and bounce into it and add a frame to diffuse even more. Another point is, compared to readymade soft fixtures like kino's or Chimeras a 'booklight' beside its extra bit of softness often is the more cost efficient solution.

In principle a 'booklight' can also be used to light windows that appear in frame nice & even. If I remember correctly Roger has done that before numerous times and on a rather big scale for 'Unbroken' for example. There the 'booklight' consisted of a row of 18K's bouncing some 20x20's and then going through diffused windows. Check out the following lighting diagrams and related discussions:

Thanks CameraChris.. Your points make a lot of sense 🙂

A book light setup in the corner is effective when you don't have space to put a light behind the diffusion frame.

Also, just remember that light becomes softer when the source is larger relative to the subject. If you moved that same book light ten feet away from the subject, the light will appear harder.

One thing I've always found is book-lighting may gain me some softness but at the expense of controlling the ambience in the room without a forest of flags around the book setup, which pretty well destroys that "spacial efficiency" someone mentioned. Once it comes off the bounce, it's going everywhere and then again even more scatter once through the diff. It's very hard to book-light AND control contrast on a smaller set.

Maybe obvious, but another thing I've done rather than booking it, but with similar effect despite a smaller footprint, is to use a broader source through diff (think a kino, skypanel, lightmat, etc). Same effect, and because I'm not bouncing AND diffing, I don't need as much output, right?

I think it is all about if you want that softness of a booklight or not. Of course any soft source with a bigger surface will ask for a "forest of flags" 😉 As for your idea with the skypanels/kinos/lightmat: definitely an alternative with a smaller footprint though it may not have the same characetristics as a booklight (quite small source compared to a bedsheet or poly) but on the other hand - very expensive! Skypanels and carpetlights currently are amongst the most expensive light fixtures available. Lucky one who can afford to have those...

There is the question of space involved when it comes to a choice between bounced and projected light.

I use a 'book light' type of set up a lot but invariably I do this when I have very little space in which to place a unit. Not that I will always use a diffusion on top of the bounce. The use of a bounce with a diffusion in front can create a beautiful soft source but it can also create a source that is impossible to cut. For instance, I might place a cove of bounce material in the corner of a room using the cove itself to direct the light. If I then place a diffusion in front of that cove there may be no room for additional cuts to control the source. If you were to try the same effect with a direct light and two diffusions in front of it you would quickly run into problems of space verses softness. On the other hand, using a large HMI to light through a window with two diffusion frames staggered in front of it is an efficient way to create a soft but still directional source. I say directional as even this double diffusion technique is less soft when compared to a large bounce source close to the window. Of course,I say less soft but this is all dependent on the size of the diffusion or bounce source relative to the distance it is from the window, the size of the window, the distance of the window to the subject, how reflective the bounce, the density of the diffusion, the size of the lens of the lamp, whether it is an open face lamp or a Fresnel lamp, .....etc. etc. etc.

When I worked for a DOP as assistant, he did something similar that you have said. He has placed a fleet of 4K PAR daylights on the roof, and have used diffusion to create the soft day light effect from above.

I have attached the photo for your reference. Is this a common practice or do we have any alternative ? 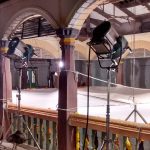 Hello Sai, that setup shown in the picture is not a booklight as the lights are going through the fabric 'directly'. A 'booklight' is basically a bounced source additionally sent through any kind of diffusion. You could theoretically make that setup become a booklight by just leaving the fabrics where they are and pointing the lampheads up towards the ceiling.

Hi Camera Chris, I know what a book light is. I just wanted to know the practice of lighting a room the way I have shown in the picture is quite common or do we have any alternatives.

That picture shows a very specific situation. I am sure that every set and location you are faced with won't have the option of an overhead soft light like this.

DavidArosa started Compositions in Films 12 hours ago Hi Roger and fellow members! In May, I will have t...