Quick question: a lot of people tend to underexpose the Alexa by a stop to control any 'digital looking' highlights.

I've always loved these shots from prisoners and was wondering: are you underexposing these? Or shot at exposure?

They 'pop' in a way that's really beautiful and natural. 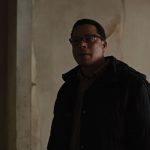 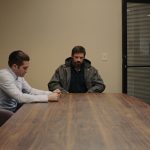 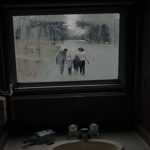 I am not sure what is meant by a 'digital highlight' now that cameras and processing are so sophisticated. I always expose for the Alexa as I might have done for film. To me, a highlight is a highlight and if I want it bright I expose the shot with that in mind. 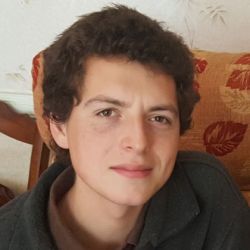 You probably know most of this but:

Most of the time, when shooting digitally, it is wise to avoid underexposing—and underexposing for the purposes of maintaining highlight detail is also unnecessary; it won't achieve the result I believe your are looking for. With the Alexa, the native ISO is 800. When selecting and rating the ISO at 800, you get an optimal balance of stops above and below 18% gray. However, if you chose to overexpose the image, you will begin to lose highlight detail—for example, if the camera is set at an EI of 800, but you rate it as 500 on your light meter, the image will be overexposed—in post, you'd adjust the gain in linear gamma. Overexposing helps in avoiding noise, at the cost of highlight detail.

If you are trying to avoid the clipped highlights that will always be present in the log footage of an Arri Alexa or a Sony Venice, for example, it must be addressed in the color grade. A soft clip, or "knee," applied to the log footage, prior to any color space transform or any "Show LUT" will bring the out of range values—the clipped highlights—back into the image, so that when the log gamma is transformed to Rec.709, for example, the highlight won't appear clipped. It helps to make the "rolloff" of whites appear more natural.

It is also important to be sure that the transform to Rec.709 doesn't also additionally clip the highlights—a Film Print Emulation LUT, for example, in its transfer function, uses an S-shaped transfer curve that introduces a shadow and highlight compression—this effectively compresses a clipped highlight in a log image (Cineon, Arri Log, S-Log) when it is transferred, without having to apply a "soft clip" beforehand.

Now these are only assumptions based on what I've heard, and observed myself, with regards to Roger's work:

If you notice, none of Roger's digital work has any clipped highlights—with the exception of HDR; but that's a whole other matter. All the highlights are rounded off by the "Show LUT" that is used on his films. There is also a touch of "warmth" to the highlights—the white point is warmer than the standard D65 we are accustomed to—giving off a more "blended" and "film-like" transition into the highlights. The highlights are never purely white. Film Print Emulation LUTs similarly do this, as does Print Film. I'm not exactly sure how it has been created and developed; regardless, it is applying some kind of compression.

When using a "Show LUT" you don't really have to do a whole lot of complex color grading prior to the LUT: the footage is as shot, exposure, and primary color balance, and saturation, for example, is adjusted from shot to shot, where needed, and the final LUT does the rest of the work.

This question is more about where you put your exposure stops, right?

I would recommend something like Ansel Adams zone system and training your eye for exposure, can be done with a simple digital stills camera. You need to make sure you rate and expose your set to fit within your desired range. The "pop" you are referring to is an excellent separation done using different ratios coming from a carefully planned and lit set. I'm humble here, don't know anything about how the Prisoners was shot, it's a wild guess 🙂

It's not really about Alexa, Film or Digital as Roger pointed out it's more about crafting the look that you want with the tools you have.

Mike replied to Eyelights in No Time To Die 3 hours ago “No time to die” JB lighting effects.

Mike replied to Eyelights in No Time To Die 3 hours ago I have not seen the film but there are many ways t...

MiguelMas replied to 'Truth' in Analogue Photography 1 day ago I've been shooting stills - for love and mone...