Hello Roger I would like to ask you about How do you expose a wide angle  very contrasty scene like this to keep the details in the shadows. ?

Do you over expose the highlights by one stop?

Thank you so much 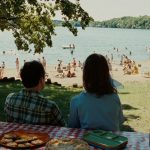 I would think it was more than one stop, probably two. There was serious contrast in that scene!

Thank you Roger.  And when you have a side lit situation like this ?

How much of a stop do you normally overexpose the highlights in the face to maintain the details in the shadows and keeping the skin looking natural  ? 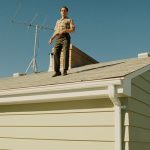 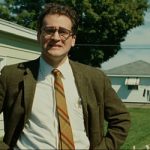 A stop and a half, maybe. But I have not shot on film for some time and I will always do tests before settling on my range of exposures.

Thank you Roger. I just bought my first analog camera with some rolls of Kodak vision 3 to start taking some pictures on film.

I would like to ask you until How many stops of latitude do I have  on this film to underexpose the shadows?

If you are worried about the shadows you could always overexpose the emulsion and print the image down to the required density. You really need to shoot a test as my idea of underexposure may not be yours.

Thank you so much Roger. Let's see if I understood, It would be like this? For example overexpose my film but 1/3 or 2/3 of a stop and if I have a scene with a lot of contrast and I want to protect my shadows overexpose the shot and after tell the lab to "pull" the film ?

It depends on if you are doing a digital color-correction from the film negative. Overexposing gives you more shadow detail at the cost of some highlight detail (but Vision-3 stock has so much highlight detail to spare that overexposing is not much of a problem) -- pull-processing lowers contrast and the density. But if you are scanning and color-correcting from the original negative, there isn't much reason to pull-process because it won't give you more information to work with, not in the shadows -- that information comes from how you exposed the film. Now if you are printing directly from the original negative and want a lower-contrast image, you'd have to overexpose and pull-process. But with digital color-correction, you have a lot of control over contrast.

Not 'pull' the film  but print it darker than exposed. To 'pull' a negative implies under-developing it.

Now, I have shot a negative some 3 stops overexposed and 'pulled' it in development one stop. The resulting negative was still 2 stops overexposed and I had the lab print it down from there using a high printer light. The result was slightly de-saturated and, surprisingly, had quite a fine grain structure. Of course, doing anything like that requires some testing before you shoot something for real.

Thank you Roger and David.

Pulling the emulsion in development will lower the contrast.

Hi, I can say that even if the pull takes longer, printing is still a better quality approach. my experience  in worktime »shows it.