In 1917 the 1st half portions seems to have an atmosphere that looks like about to rain or morning due kinda atmosphere , especially in the trenches, it made the faces standout very much, had this atmosphere that we see in the film got any help from DI or the way  LUT is made 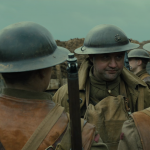 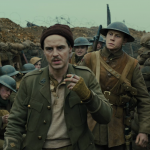 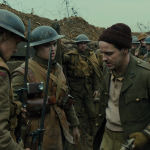 The images you have posted are quite odd in terms of their color. They have a sickly turquoise cast to them that makes the faces appear red in contrast. The sky was never that color in the film I timed. I didn't do much in the DI other than match each section, which took time but didn't really change the image from what we shot. We always shot with cloud cover, that is up until the very last beat in the film where I wanted the sun to come out, so this is what you are aware of in the 'look' of the film.

Master Roger , I'm sorry but this version i got is 4k 10bit , Ive watched 1917, 3 times in the theatre, each time I was taken by the immersiveness of the film and couldn't study your work but decided to study the film at home viewing , and now i see I must find the correct version.
Could you please describe the actual look of the posted portions in terms of color and contrast.

regarding these shots , after they exit the underground , these shots seem to be shot in slightly sunlit conditions , was this a pre planned descision or a slight compromise 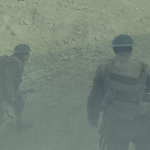 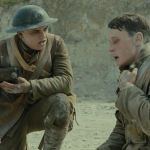 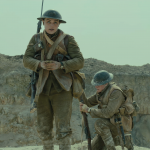 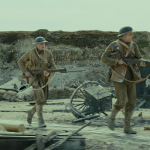 Are you watching the 4K disc on a properly calibrated HDR TV? Or is the HDR being converted to SDR?

Go to this blu-ray review site for visual reference. It's a German site but it features a wide array of screen captures and shows you the difference between the blu-ray and the 4K UHD when you move the slider sideways in the photos.

Thanks got to check it

The scene beyond the German bunker was shot in a soft overcast but the sun was shining through it. We could have been shooting late in the day when the sun would be have been softer or we could have gone to a cover set but, considering where we had just been and that the characters were entering an unknown world, I felt the 'white light' enhanced the surreal nature of the setting. We were lucky in that we had the same soft cloud cover on the two days we needed to shoot the sequence in that specific location.

BTW the color of these images is also way off and should not be used as a basis for discussion.

I don`t know if you watch your own movies on netflix or amazon prime but if you do, are the colors similar to the original or is it way of? I know in your podcast you sometimes complain about theaters altering the look of a movie by mistake.

Yes master Roger the surreal feeling you mentioned is what exactly I felt during this scene but later upon reading you always waited for cloud cover is when I thought might that be a compromise or another decision.
Great to know the mind behind the decision ,
Very sorry to post these screenshots didn't know the colors were far off. 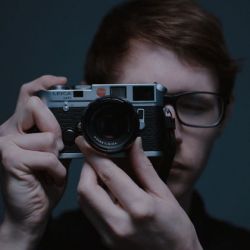 For what it is worth, we saw the film in theaters and also own a 4K BluRay copy. The sky has never had teal highlights like these stills do.