← Forums
← Back to Film Talk...
https://www.rogerdeakins.com/wp-content/plugins/wp-symposium-pro/forums/../css/images/wait.gif
1
2
Next

What are the best screenplays you've ever read? (11 replies and 9 comments)

Are there any that stand out as being so good you felt you had to shoot the film just based off reading the document?

'To the White Sea', written by Joel and Ethan Coen, is the best screenplay I have ever read and that never got made.

Why was it never made? I can understand if it is because of these difficult times of course.

That's upsetting. The screenplays of the Coen Brothers are truly on another level. 'Inside Llewyn Davis' and 'No Country For Old Men' are unbelievably evocative reading experiences. The rhythm, the pace, the images as they're described -- remarkable. Is there any chance of 'To The White Sea' being produced in the future?

Canuck
1 year ago
Canuck 1 year ago

"To the White Sea" seems to haunt Brad Pitt as well. Here's a quote from a New York Times interview he gave a few months ago:

We were in preliminary talks about how to shoot the film when Joel called me one morning to say it was not going to happen because of budgeting issues. That was a few days before 9/11.

Was that one Joel and Ethan were interested in having shot anamorphic? (Not that it has a bit to do with story or script, just curious,) A lot of people would love to see a film with that kind of script get produced!

Yes, we briefly talked about shooting anamorphic but it was early days. We had scouted in Japan and we had talked about how to shoot the fire bombing of Tokyo, which was a central event in the script and the most complicated sequence.

Do you think there’s a chance that script will get produced one day? (Covid aside). What sounds like a story that demands a bit of national self-reflection would have been impossible in the 9/11 environment. But in this more humbling national environment, perhaps? 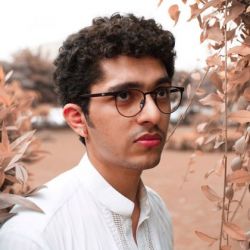 How does this work exactly? Does the screenplay get 'rejected' in the sense that they decide not to go back to it again? Or is there a chance if the problem at hand is solved, it could be shot? Near future or even if it's way after that

If there was a website 'buy your tickets now, see the film two years later' I would have bought the tickets for a Coen brothers film right away. I don't think I'm the only one.

The Byre
1 year ago
The Byre 1 year ago

How does this work exactly? Does the screenplay get 'rejected' in the sense that they decide not to go back to it again? Or is there a chance if the problem at hand is solved, it could be shot? Near future or even if it's way after that

I obviously do not know the story behind 'To The White Sea' but usually, if a book is thought suitable, someone will offer an 'option' for a couple of thousand dollars to have first rights to try to get a studio/distributors interested in backing a film for one or two years with the promise of a good deal more money and possibly a profit-share if it goes into production.

Then, whoever is trying to get the film made has that time to commission a script and get the key players (actors, directors, etc.) to sign on the dotted line and then tell the money men just how much they need to put up-front to get the film made.  That is the 'crunch' moment - the last chance for the studios and the distributors to pull the plug on the project.

When the option time lapses, the film rights usually revert back to whoever has the rights to the story, or if it is an original script, to the scriptwriter or his/her estate.

I believe that Warner Bros took out a second option shortly afterwards with a view to making the film with a different team, different script and different star and this option lapsed as well.

The above is just an example of a typical simple project and contracts can be extremely complex with some 'hot' properties having all sorts of fingers in the pie.  There are all sorts of horror stories floating around about multiple options having to be bought out before a film can get made after all sorts of people have tried and failed to get a project off the ground.

Ahh, that makes alot of sense! It's a cut-throat world out here, especially in this industry.

Would there be a chance to read this screenplay somewhere? Now i'm curious, would love to read 'To The White Sea'.

The Byre
1 year ago

I hope not as that would spoil all chances of it getting made - and I would love to see such a film! The original book is out there.

There is a website with most of the Coen Bros scripts as PDFs, you'll have to Google it!

I don't really think the film industry is any more cut-throat than any other industry. If you want to launch a magazine, you still have to find backers and a publisher and an editor and writers and come up with (and pay for) a dummy copy. It's much the same if you want to launch a chocolate bar. The roles are different and they have different titles, but the processes are much the same.

Makes sense I guess, but subjectively speaking for me (and i'm sure other artists) it hits more because art is so closely linked to our emotions/opinions/ideas. So seeing such a disappointing thing surely moves you, for the lack of a better word.

There were other scripts written from James Dickey's novel and a film is still a possibility. The problem was and still will be the budget. It would not be a cheap production so it needs a 'bankable star' to play the lead.

Absolutely love WW films, fingers crossed that this happens. And yes, would always love to see the aforementioned cinematography!

Even as a joke it is sad to see the project being presented as a slasher movie.

1
2
Next
Back to Film Talk...
Recent Forum Posts