All sorts of important points to make to that last post from Nicolas.  I'll start with the obvious one - is Hollywood the 'Mountain Top'?

Well, probably not anymore.  Hollywood has moved to Vancouver, Budapest, Pinewood, Berlin, Rome, Prague and, well, just about anywhere that is cheaper and/or garners the largest subsidies and/or tax breaks.

My next point (speaking as one who began in TV in the days of 405-line B&W) is that it is better to come in at the ground floor of a revolution than to try to break into an established and mature industry.  In other words, I'd rather be making zero-budget movies in Chile than grinding away in the tired soap and reality factories of Hollywood.

As for unions and rates - back in the 60s, union rates were amazing and the studios and TV stations were happy to pay them.  I remember getting £90 for one day at Granada in Manchester UK back in about 1967 or 8.  That was two weeks' wages for a working man back then.   You won't get much more than that today - except that today it is about one day's wages.   I looked at the scale rates today for the UK and the US and they are rotten.  Expressed in purchasing power parity and compared to the 60s, they are a tiny fraction of what they once were!

Back then, it seemed as if the TV and film game was like having a license to print money.  Today, anybody can start their own TV station or film studio.  YouTube has given everybody and their mothers-in-law the ability to reach out to everybody else on Planet Earth!  Everybody is shouting - nobody is listening.

My last point is that the movie industry is about to go through enormous changes in the way the product reaches the market.  Even fairly modest homes are buying 65" TV sets and sound-bars with a sub.  Last night I watched Blade Runner 2049 in our projection room (2.5m screen and Genelec sound system) and it was a great deal better than watching it in a local movie theatre.  The sound was light-years better, the image was brighter and sharper, the seating was more comfortable and the beers were cheaper!

My point being that a family father wanting to give his wife and kids a night out, is looking down the barrel of a $100 expense and probably more like $200 if they want a very modest meal.  In an age where you can get a 65" 4K TV set for well under $1,000 and a 50" for under $500 and all the other bits and bobs are falling in price almost by the day - and at the same time, the image and sound quality is improving enormously - a $200 night out to see a movie is a totally unsustainable business model.  Something has to give!

Amazon, Netflix, etc. think they are the answer, but I am far from sure that is the case - more likely a pay-per-view directly from the studio-distributor is the real answer.  The fact that the theatres have been able to trouser 50-60% of the box-office has been bugging those who Annie-up the dough to make the movies in the first place has been bugging them since the dawn of time (and since the 1948 ruling preventing them from owning theatres).

My guess is that with the advent of fiber-to-the-home, combined with ever-cheaper home viewing equipment, most (though not all) of the theatre-release market will vanish.

All the more reason for young and adventurous film-makers to pick up a camera, get together with others and make that killer movie!

The Byre replied to Is it better to network and source outside of Film... 52 mins ago This is the hardest question for anybody to answer...

Miguel C. replied to Is it better to network and source outside of Film... 7 hours ago Do not purchase top spec film equipment right now,...

FrenchProductions1 started Is it better to network and source outside of Film... 8 hours ago My main concern with breaking into the industry ha... 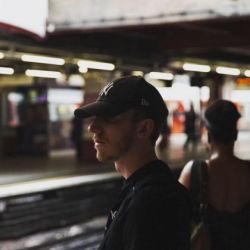 Roger Deakins replied to Waveform 10 hours ago My meter!

Roger Deakins replied to 1917 tunnel flashlights 17 hours ago We had the prop department manufacture slightly la...

Wouter replied to Podcast Update 22 hours ago How do you know you're working with the righ...

juliensees started 1917 tunnel flashlights 22 hours ago Hi Roger,      I was reading in ASC Mag that yo...
Top Forum Posters

MickGrow
25
Do NOT follow this link or you will be banned from the site! Scroll Up