The Cabinet of Dr. Caligari (1 reply and 4 comments)

I recently viewed The Cabinet of Dr. Caligari (1920) a German silent film and wow. I would love to hear anyone else's thoughts on the film. I can't get over how tremendous the production design and eerie the cinematography made this film feel. It is now over a hundred years old. Which is incredible. The story is quite fantastic and I can find so many films and creatives in the film industry that it's to be assumed have been hugely influenced by this film.

I did notice a few frames in this film that I thought linked to BR2049 or that could have influenced Blade Runner. By chance Roger, did you happen to screen this or Denis screen this or reference this during your prep? Might be a stretch but just was curious.

Truly fantastic film for anyone who hasn't seen it though. The story is just phenomenal.

Btw. This film was discussed in great detail 3 years ago, it was the special effects that was discussed which took some time to resolve.

Ah I shall go back and find that discussion! 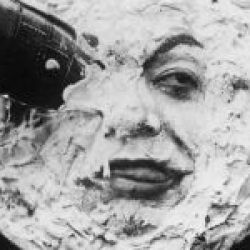 One of my favorites. I always felt that the Red Hot Chili Peppers’ music video for “Otherside” was heavily influenced by Caligari. Here’s the vid-

Oh my yes. That is quite heavily influenced, I dare say recreation of the film. But well done either way. I had not seen this music video before. that certainly predates me. But thanks for sharing.