The Big Lebowski (1 reply and 4 comments)

I watched The Big Lebowski again last night. What a fine film. Beautifully shot. My question is...Was this the funniest film you ever worked? I mean on set during the production. Were you all just laughing during some of those scenes?

You know, the Coen Brother's sets are really quite quiet and focused rather than being laugh out loud. The budgets are always pretty tight as well so we are always under some pressure to get through the day. The one scene that really had us all laughing involved the ferret, marmot, or whatever it was, in the bath. That was quite literally, a furry dummy on a stick, and the way we were shooting the scene was so absurd.

I think 'Hail Caesar' was the funniest shoot overall. Maybe a film works better when we don't have so much fun on set but I still find that one pretty funny, even though it failed to find a large audience.

Would that it were so simple. 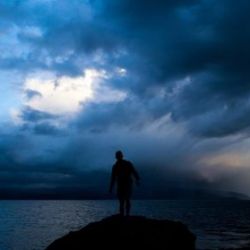 Funnily enough, Hail Caesar is one of my favorites of theirs! The monologue scene at the end is so memorable. I found it both moving and hilarious, perfectly capturing the power and absurdity of cinema. I think it will find a bigger audience as time goes on. I hope so anyway, it's a gem!

I am surprised that Hail Caesar didn’t do so well, would be interesting to know why.

Btw, there’s a commercial running on British TV advertising ‘Warburton's’ bread. This apparently has been acclaimed as one of the most successful TV ADs, it is short but ends with George Clooney’s face appearing on a lap top saying “he’s making toast” ?
but it’s the way he says it, very comical. I think George would made a great comedian, great timing.