I recently watched the film "Light Keeps Me Company" about Sven Nykvist. This quote is attributed to him: "Today we make everything so complicated. The lighting, the cameras, the acting. It has taken me thirty years to arrive at simplicity."

It seems that so many regarded his work and his person very highly. I'm wondering if you ever met him and if so, what that was like? Also, do you have any thoughts about his work and his notion about simplicity, particularly in this age where technology is often the main focus?

Thanks for sharing your time and thoughts on this site.

I never knew Sven Nykvist but the beauty and simplicity of his, and Bergman's, imagery was very much an influence on me when I was studying film.

As you were coming up and developing your own skill/style, did you try to emulate the way that others (like Nykvist/Bergman) shot/lit films?

I'm primarily a writer/director but I usually shoot my own work as well. When I was younger, the question was always "How would someone better than I shoot this?" Now (I hope!), it has shifted to being more about how I want to do it, rather than how someone else would. Was this something that you experienced as well?

I think it is a big mistake to try to emulate someone's work. I never tried to do that. I have always tended to simplicity in the way I see things. I like reducing a composition to it's essentials, which is pretty much what the team of Bergman/Nykvist did on so many great films. I just like simplicity. Take Tarkovsky/Yusov, Melville/Decae, Goddard/Coutard, Mizoguchi/Miyagawa, Bresson/Burel, Klimov/Rodionov, Ichigawa/Kobayashi and Loach/Menges. There is nothing overly fancy in any of their work together. Contrast this with much of what poses for 'state of the art' film making. That's not to say it is wrong to move the camera or use a dazzling array of colours. I am not saying that but I am saying to be more aware of the 'why' than the 'how'.

I appreciate your insight. I agree about the mistake of emulating others.

Just a couple of months ago, I was working on a no/low budget passion project and I said to my good friend and essentially the gaffer on the project, "I don't want to light this like Deakins; I want to light this like Boyle/Farag!" Of course, I wouldn't put our lighting skills in the same league as yours, but the idea was there.

Just for fun, here's an uncolored still frame from the film (which isn't finished yet). We shot this at night because of scheduling but the goal was for it to look like morning. Does anything stick out to you that betrays our intentions or that could have more faithfully represented morning light?

I will seek out some of the films of those duos that you mentioned. 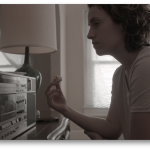 I hope the above comment came off as it was intended to - a declaration of my desire to maintain originality - rather than a slight to the way you light, which I admire very much!

In any case, I reevaluated the image that I posted above. To me, it reads like morning light, but there may be a glaring mistake that I am not seeing. It looks a little underexposed in the shadows, but I plan to push it a bit in post. It does seem natural that the shadow side of her face would be significantly darker though, since it's away from the windows, correct (there's a wall right behind camera)?

You say it is underexposed in the shadows but that is a subjective observation. Personally, I might want the shadows a little darker but it all depends on context.

Good reminder that there often isn't a right or wrong way to do things in this world of filmmaking. Thanks again for sharing your thoughts.

A couple of years ago, I had posted in this thread an ungraded still from a short film that I directed & shot. The film was finally finished and released online today, so I thought I would post it here in case anyone wants to take a look.

Mike replied to Creating Smoke/Fog without a machine 20 mins ago Sean, I assume this is the effect you are trying t... 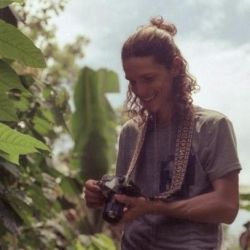 Mark Abdey replied to 1917 Single Shot Decision 6 hours ago My wife and I saw the the film yesterday, and we b...

ADJL replied to 1917 Single Shot Decision 6 hours ago In reference to several threads in this series, fo...
Do NOT follow this link or you will be banned from the site! Scroll Up