Found this gem on YouTube. Really shows how seamless the cuts were, enjoy.

Oh man. At least the majority were right, hopefully.

From what I can tell, it looks like theres a blend effect when the character(s) are off screen, is that right? Because in the video it says there are cuts where the characters are still in frame, so those examples would be wrong? And could you mention some sneaky cuts that werent mentioned in the video that viewers would easily miss?

There are a few 'cuts' when the characters are in frame, specifically when they are about to go over the top into No Man's Land and are stationary on the ladder. Then it was just a matter of matching the frame exactly fro the A side to the B side, which is totally possible with stop frame playback. There is a similar cut at the end of the Sap Trench but this one did need some Digital manipulation to make an exact match.

There are many times when we needed to change camera rigs or the action was complex and needed to be done in smaller sections. that led to a few more 'cuts' than you might think. In other places we knew there could be a 'cut', such as on a pan from one element to another, but some of these we did not use as the shot worked so well as one. 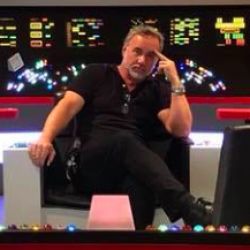 The work is absolutely beautiful and astonishing. It's so so great to be surprised and delighted these days by great camera work. Congrats Roger, very well deserved and a long time coming.
Regards,
Sean

Were there instances where you deliberately tried to use objects passing in front of camera to try and 'integrate' it in to the language of the film? If that makes sense? I feel like now people are clued in to looking for hidden cuts a little more, that using that and making it a common occurrence kind of made it more seamless and hidden when there actually was a cut? But I could be completely wrong on that.

No, you are not wrong. We deliberately broke up the frame at times so that it wasn't just the blend point that had a foreground object wipe.