Recently, I Have been getting into the Fibonacci/golden ratios/Golden Triangles in film. When you film do you have an overlay over the monitor or are you mentally keeping track?

When I shoot next I want to use the Fibonacci spiral, but I've hit some road blocks.

If you are using an overlay how? is it a physical overlay or a digital one?

I was trying to get a 703 to Match an PNG overlay and it was fighting me. I had the aspect ratio at 2:1 (18:9) and the PNG kept reverting to 16:9. It kept happening no matter what I did to the pixels on the PNG

Thank you for your time

I studied the golden ratio/triangle at school but I haven't really though about it since.

So for shots like this their was no overlay? 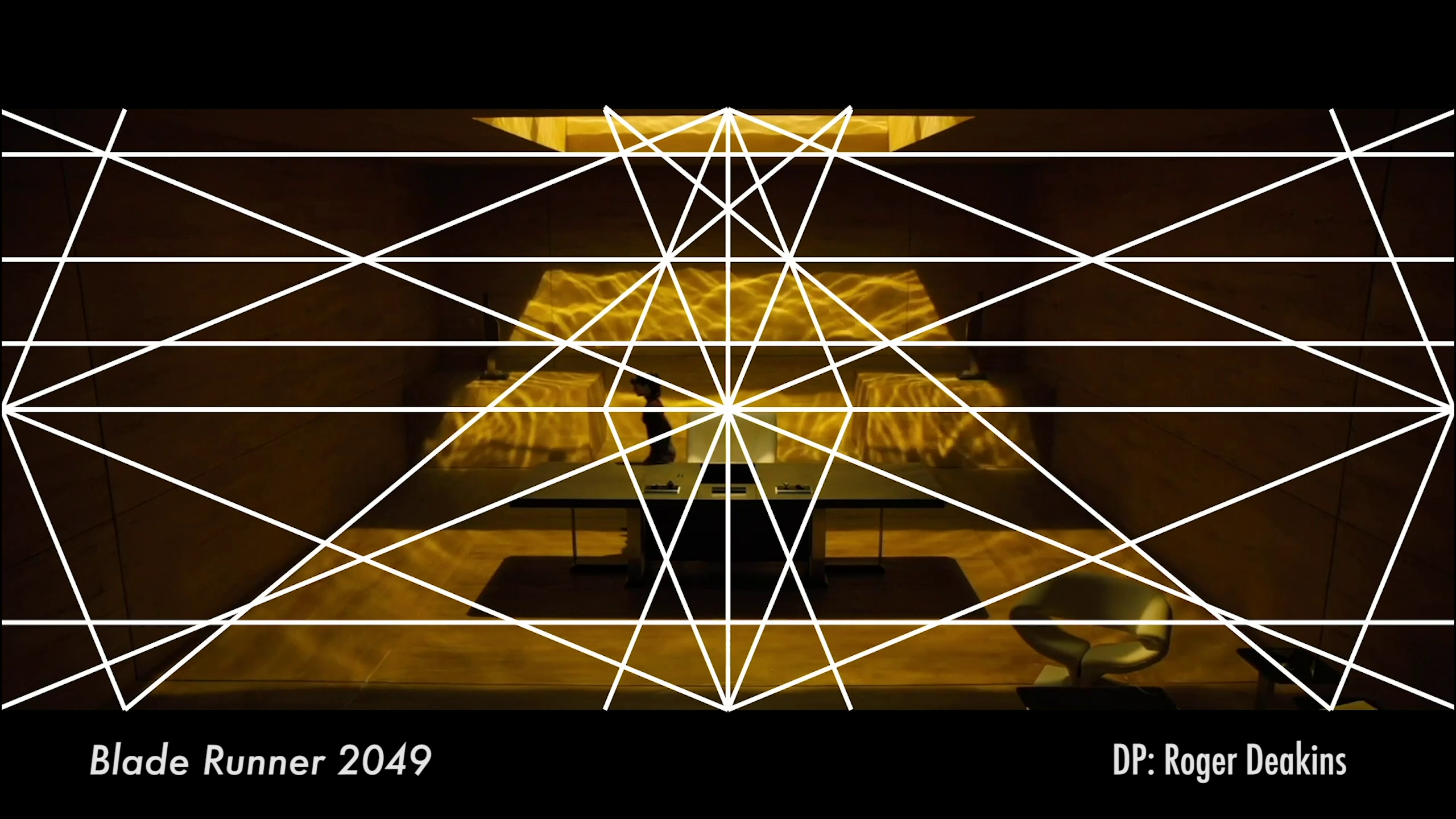 Clearly I'm not in a place to comment on Roger's approach, but I honestly don't think I could compose anything with that overlay in the way, for me it's very distracting, a centre mark and frame-lines are all I'd want.

I think analysis tools like that have their place when examining others work and trying to work out why your compositions may feel off/ unbalanced etc. but personally see them as theoretical/analysis rather than composition tools.

if on the other hand you're asking about how to make an overlay work on the SmallHD monitors, the image displayed will always be shown at the native resolution and aspect ratio of the monitor, so you have to build the black bars into your PNG if you want the overlay to look right for your aspect ratio. 🙂