I am curious if you’ve happened to have viewed Elem Klimov’s “Come and See”. I mention this film as it has been filmed quite flatly with little emphasis on cinematic language. I recall upon first viewing “Come and See” that, aside from content, it was one of the most unappealingly shot films I had seen. In its ugliness, it challenged my conception of what stimulating cinematography is. Klimov, and the cinematographer Rodionov, had the confidence to strip the film of dynamic camera movements, or aesthetic framing, and simply depict the events of the film. These choices seem very deliberate and lend themselves to the film’s goal, which is to avoid the romantic, or exciting, depictions of war that traditional cinematic techniques inherently produce. Yet, the film does not present as being a docu-drama. It very much feels cinematic.

While there is certainly nothing wrong with imbuing horrific subject matter with the verve and dynamisms of cinematography, it strikes me that those choices demand the filmmakers earn the right via the treatment of the subject matter. It is in this fashion that I find most American war films fail. Even if the ostensible aim of the filmmaker is to unflinchingly depict the horrors of war, they often cannot help themselves in creating either exciting or beautiful images for their own sake (which itself is a commentary on what they are depicting). As you have just completed a war film where one of its primary conceits is its ambitious camera movements, I am curious what your thoughts are on producing unflattering images in service of a film’s subject matter. To not be too vague, by unflattering, I mean low-contrast, flat images, with asymmetric framing and few composed camera movements. I imagine that, unless it is the prerogative of the director, it is hard to convince collaborators of such a style!

To note, I appreciate that films of any subject matter can be depicted in a multitude of ways – I am not suggesting there is a de rigueur approach to filmmaking depending on content. Some films just happen to do a better job of justifying their choices (cinematography, editing, etc.)

Thank you for indulging my thoughts and all the best,

I'm sure RD will want to comment on this, but in the meantime, here's my 30 cents worth -

I was a soldier and saw active service.  On one occasion, we had been tabbing for a whole 24hr day and we were still going.  My legs were tired and my feet were sore.  As dawn broke, I saw the silhouettes of the patrol in front of me and I realised just how fast we were going after over 24 hours of non-stop forced marching - and that sight against a redding sky made me think we were invincible!

I didn't need a crane-shot to see that.  The image was not framed.  No Steadycan or drone shots.  I looked and I saw what I saw.  That's all it took.

Framing and sexy camera moves would have detracted from that image.

When a real bomb goes off, there is no 'Hollywood' fireball.  It does not go 'Kerboom!' and there is little or no sub-sonic rumble.  All that happens is there is a very loud bang, loads of dust and debris and bits of things and sometimes bits of people fly all over the place in random directions.

Some of those bits sometimes make funny noises as they fly past you and each one is very slightly different.  That is more impressive than fireball explosions and 'Kerboom!' noises.  That is especially true if the explosion happens where there once were people and you realise that some of those bits are the people.

Elem Klimov’s “Come and See” is just eyes looking at a story as it unfolds.

(But thanks for reminding me of this film - I have now ordered a copy!)

"Come and see" Rogers favourite movie. He will talk about his thoughts.

Thank you for sharing your thoughts and experiences in the service - they echo what I've always intimated about war, which is that it takes people, with all their complexity, and reduces them to their simplest form. Similar to Klimov's experiences, my grandparents survived the Japanese incursion in China, followed by the the Great Leap Forward and Cultural Revolution with my father. They still cannot speak of what they experienced, but from what they shared, it was very similar to Florya's plight in "Come and See". Another film I can recommend that tackles similar subject matter in an uncompromising way is Jan Nemek's "Diamonds of the Night".

Klimov was evacuated from Stalingrad during the war so that experience obviously had a strong influence on the way he personalized 'Come and See'. The camera style is very different to his earlier film about Rasputin, 'Agony'. That is certainly worth a look although I found it very hard to follow. I suspect anyone who has more intimate knowledge of the history would enjoy it more.

Yes, the camerawork in 'Come and See' is not flashy but I would hope my own camerawork is not ever 'flashy'. I think I am right in saying that 'Come and See' utilized Steadicam in a way than had not been done up to that time. The camerawork is actually very ambitious but it always compliments what is happening rather than deliberately trying to embellish it. The way the camera stays with the boy and doesn't allow the viewer any relief from what is happening to and around him is very reminiscent of 'Ivan's Childhood'. Klimov also has character's look right to the lens, which is quite striking and also a little unnerving in some way. It almost forces the viewer to consider their plight.

Thank you for sharing your thoughts Mr. Deakins. Yes, I have seen “Agony” and agree it is quite distinct from “Come and See.” I believe the latter film was not only inspired by his childhood experiences, but also from the tragic passing of his wife, a wonderful director in her own right, Larisa Shepitko. Regarding the camera work in “Come and See,” I agree it is actually quite ambitious, but that seems to be the needle Klimov is threading. Camera work that calls no attention to itself. That isn’t to suggest a firm rule where long takes, or dynamic camera movements, are bad practises. For example, the iconic floating camera in Kalatozov’s “Soy Cuba,” or more recently, the immersive long-takes from “Children of Men,” are very much complimentary to their respective films. I suppose the challenge I, and many filmmakers face, is when are we simply producing images for their own sake? This consideration isn’t always of primary concern – if you’re dealing with frivolous subject matter, one can be indifferent to gratuity in composition, soundtrack, etc.

I mention all of this, as I fear that I am not a strong enough filmmaker to avoid indulging in certain techniques for their own sake. As I mentioned in an earlier comment, my grandparents experienced similar events to those of Klimov by surviving the Japanese incursion in China. Subsequently, with my father, they survived the famine from the Great Leap Forward, and the public torture and forced labour of the Cultural Revolution. It has been my life’s ambition to digest and render their experiences into film. Yet, my one attempt so far has produced some nice images, but I feel they may be indulgent. As I am currently a graduate student in economics, I seldom have the opportunity to continue the project. These images are from a one-day shoot from two years ago. Aside from the actors, I was the lone cameraperson, film loader, etc. A good crash course on filmmaking!

Thank you again for your thoughts and supporting this wonderful resource for filmmakers.

Ah it seems only one file attached, here are some more low-res images for the forum's thoughts. 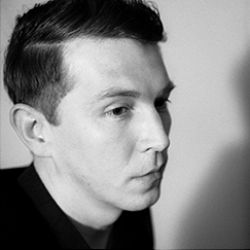