Come and See (3 replies and 2 comments)

I have to say that for a war film... I was struck by how beautiful the film was. However, I was so engrossed in the film by the second half that I can't exactly have any meaningful conversation about the cinematography. I was so in the film that I even missed the split diopter shots until someone had pointed them out to me after the fact!

Other than that I can't exactly explain why, but when the boy first talked to Glasha I was taken away with how pretty the shot of her was. I will also admit that I misinterpreted Florya repeating the line "I want to love" as some suggestion that the girl with the whistle was Glasha.

THE LIGHTING!... I have no idea if they used a single light in the film... so if they did I need to find a word more potent than "impressed". His physical change from the nice youthful boy to a scabbed up mess was also incredibly moving for me. When he sees the girl and says" To love. To bare children" was when I could really feel like his change was actualized and accepted by Florya. I found the film to be beautiful despite the fact that what was happening in a singular context was awful.

In a weird way It was comforting to see another young mans coming of age story match my own internal journey through tragedy. I sound insane... but I found a horrible depiction of violence to have been beautiful, not only in its photography but in content as well.

If anyone has other film recommendations please do drop them! 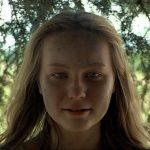 You could check out our podcast with the cinematographer of 'Come and See', Aleksei Rodionov. He talks at length about the film.

I will! That must have been awesome to have been able to deep dive into the film.

Also, I watched this film (and have some others I still need to watch) on your recommendation. And I'd like to take the opportunity to thank you for bringing such a moving piece to my attention. I still have a few films to cross off the list, however, it's already been worth its weight in gold to just watch these films. 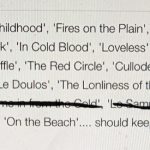 Right! You have a few more to go!

thrang replied to Dune , mindblowing 9 hours ago While I enjoyed it, it was not without issue for m...