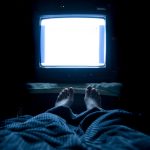 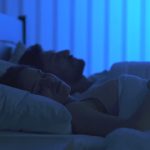 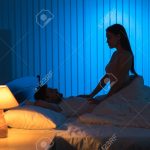 I saw it at a sort of "copy of IMAX" called "MAXX" that is used by an Irish cinema company called Omniplex (My local cinema). It’s considerably smaller than IMAX and only does 2D. I didn’t know going in whether it would be the 1.90:1 or the 2.35:1 version but it was the latter. While it was never too obtrusive I would have much preferred to see the widescreen version since it is what the film was originally framed at and the original 1982 film, too. I don’t know how much of it was vertically expanded or how much was horizontally cropped but looking at some of the trailers I’m guessing it was a bit of both.

I find it strange how a film can be presented and distributed with two quite different aspect ratios and be expected to be the same, since the framing is such an important part of film making, won’t all the scenes feel somewhat different?

What's worse is that the screens at my local cinema aren’t particularly impressive at all. They’re not particularly bright, but most annoying is all the dirt and grime on both the screen and the projector lens that after years they have never cleaned off. It just leaves these stationary grimy spots that make all the scenes with camera movement over colours like white look awful. Blacks aren’t that great either when I go to watch it, it’s clear that they just look dark grey, and the curved screen is a bit strange. What really annoyed be about the screening was how since it was the last screening of the day they switched off the speakers and the projector mid-credits, when I always watch a film to the end of the credits in the cinema or at home. It was so abrupt and in the middle of the music that it was just rather frustrating (That and the fact that the lights were on the whole time).

It'd be great if I could see it again in widescreen this time, but I don’t know where I’d see it since the other screens at the cinema have been even worse and filthier (when I went to see Wonder Woman there was a thin black line down the centre of the screen).

I'd actually love to see any film in Dolby Cinema, however to get to one I’d need to fly there by plane.

Would it be possible, Mr. Deakins, if you could briefly explain why you prefer the widescreen version to the IMAX?

aneesh.kumar replied to Query about video quality. 14 hours ago Quality looks fine.  Maybe you could have shot th...

dmullenasc replied to Query about video quality. 18 hours ago It looks fine, sells the product, is fun, etc.
The...