Although 1917 is due to be released in the US on Christmas Day 2019, the U.K. audiences will have to wait until 10 January 2020 before we can see it. Although, if you live in the outer regions ie, like I do, then we may have to wait another two weeks further on before we can get our hands on that dusty and scratched DVD copy.

Why not release it on the same day world wide, obviously they are waiting for the NYC box office returns and audience reactions.

Nervous time for Sam and Roger. My knees will be knocking by now!

Actually Mike it's not about waiting for audience reactions. It is simply that the 25th release is a qualifying run for the Academy so it is eligible for this year's awards.

There have been many, many press screenings and Q&As that we have been involved in and the response has been amazing.

Thankyou James for that. I hope there’s room on your mantle piece for another little feller! Let’s hope so. I will get Santa to bring you another tin of “Brasso”.

The problem is, what local cinema’s has a large screen. My local cinema has 9 screens but the largest screen in this complex, I regard as medium so 1917 is never going to be shown in it’s entirety not in the way it was supposed to be shown.

I was thinking of sitting further away to view the whole screen which surely is the purpose of 70mm.

When it comes out on Blu-Ray, I shall watch it in our viewing room on our modest 2.5m screen but from a distance of 2.5m.

That’s possibly so but I like to sit above the audience and look down to the screen rather than up. Being a long way back I find it more enjoyable, I suppose it’s being detached from the images is better for me than viewing up close.

Hi Roger, very much looking forward to seeing 1917 (as I do all of your movies). Would you recommend seeing it on an IMAX screen, or a 'standard' large screen? I want to see it as you composed the scenes.

It looks pretty good in IMAX and it certainly is 'emersive' but I prefer the framing and image quality of the Dolby 2:40 version. It was shot with both formats in mind and the IMAX uses the extra image area on the sensor rather than cropping the 2:40.

>>This text was edited in. Ask someone to fix this possibility, Roger.<< 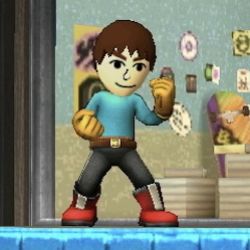 Wait, but you said before that you weren't into HDR and recommend to see BR2049 in 2D with a standard laser projector? Why the change of heart about Dolby?

tedsuo started Thoughts on neodymium incandescent bulbs? 17 hours ago Has anyone made use of neodymium bulbs for practic...

MatthewEspenshade started Tungsten film under daylight without filtration 22 hours ago So, this isn't my favorite photo that I'...