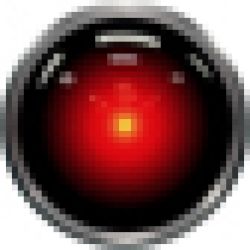 Hello Roger, or anyone else that can help answer this question. A few of us were discussing on reddit, and couldn't find an answer anywhere, so I thought this might be a good place to turn to.

IMAX announced that BR2049 was going to be specially formatted at 1.90:1 for IMAX.» But they did not announce if that only applied to the full size IMAX screens that have the ability to play the 70MM IMAX printed film version (which is looks like exists based on the IMDB tech specs page») or also to the IMAX digital versions that play on the smaller IMAX screens (often derisively called LieMAX).

Due to travel and other circumstances, I'm going to finally to see the film at  this weekend, but the best screen near where I will be is a smaller IMAX location. None of us were able to find any hard information as to whether this means it will be presented at the 1.90:1 ratio or not.

Does anyone know if 1.90:1 is the format for all IMAX screenings? Or is that only on film at the larger screens.

If the screening is 2.4 : 1, that's not IMAX because it's not the IMAX digital spec.

IMAX 70MM projectors can play a film that is not at the 1.43.1 aspect ratio. So it would be the 1.90:1 version printed on film that is 1.43.1 with a large dead space above and below the frame. This is certainly what is playing at the 70MM IMAX locations.

But IMAX has not made it clear if the 1.90:1 is limited to that version, which seems possible.

It all stems from IMAX's total lack of clarity in communication of aspect ratios, screen sizes, etc. It's very frustrating as a consumer having to wade through forums and reddit posts trying to guess what cinematic experience I'm going to get. I feel like they have done a lot of damage to their brand.

It's my understanding that the IMAX presentation is 1.90:1 vis a vis shooting Alexa open gate 4:3, therefore the top and bottom are protected for IMAX. I think most multiplex IMAX screens are formatted for 1.90 though I can't be sure of this, I doubt that there are scope IMAX dcp's unless otherwise noted.

Please keep in mind this is just a guess from personal experience of just a few IMAX theaters in the Los Angeles area over my lifetime.

I saw it both in a normal theater 2.40 and IMAX Laser 1.90 and both were phenomenal presentations. I saw the IMAX version at Universal Citywalk in LA which has a 4K laser projection, and the contrast was incredible. Also was sitting center seat-- middle row, so can't comment on how other angles were affected.

I would be more interested in the projection resolution than aspect ratio, unlike Dunkirk where the majority of the IMAX footage covers it's 1.43 15 perfr 70mm negative area, I think all IMAX theaters will be able to show BR 2049 in 1.90. I'd rather see it in 2.40 4K than old school Xenon IMAX 2K. But that's just my opinion.

Mr. Deakin's said his preference was for 2D 2.40 widescreen, so there's that to keep in mind also.

Either way you see it, it's a stellar film with some of the best photography I've seen. I doubt you can go wrong. Hope this was somewhat helpful, hopefully someone more knowledgeable than myself will correct me if I'm wrong about anything.

Have a good day.

Thanks for the great reply.

I live just around the corner from Citywalk, so it's my go to screen for anything IMAX. And it's the best. But I've been out of town for work in Atlanta, and didn't want to risk getting a bad theater there, but I'm going to DC for a wedding this weekend. And all my friends will be there so, it seemed like too good of an opportunity to pass up. I've been to the IMAX at the Smithsonian Air and Space museum, which is full sized and 4K laser like Citywalk, but unfortunately the times can't work with the wedding. So I'm having to risk it at a LieMAX location, and I'm hoping to get the 1.90. It sounds like that's the case! So fingers crossed that the location is nice. We'll see I guess.

What a coincidence, a friend of mine is getting married in Virginia (DC closest airport) this weekend too, however I'm not able to attend.

No problem glad the post was useful. While they probably have 70mm film out made, but given how rare the projectors are now a days unless an IMAX location only has a 15/70mm projector (like maybe a educational one) I would assume this would be a 1.90 digital presentation, 2K or 4K depending on venue

Even back before digital IMAX presentations, in the 2000's when you had a spate of theatrical features released in 15-perf 70mm IMAX using the DMR blow-up process, they were all letterboxed to widescreen of some shape or another simply because most movies are shot in a widescreen format and composed for widescreen, leaving only movies shot in IMAX film being projected in a 1.43 : 1 aspect ratio.

As far as I have been told all IMAX presentations are in 1.90:1. That is for both 2D and 3D. There are no film prints.

As I have answered elsewhere, my regular colorist and I specifically timed the IMAX version of BR2049, just as we both had done for 'Skyfall', which was also released in IMAX. It did not go through the IMAX custom DMR process, which utilizes grain/noise reduction and all the rest. We did not feel we needed noise reduction.

Chiming in in general: I know that Mr. Deakins has already said that there were no 15/70 prints of Blade Runner 2049 to begin with; regardless, there are very few 15/70 projectors that are still being used.

I just came off a contract job running a 15/70 projector for Dunkirk. It was one of 35 screens in the world running an actual print and our projector hadn't been used in three years. Obviously, operating that projector was kinda like driving a car that sat in your garage for a year and just got a once over from a mechanic.

But, yeah, of all of the movies that I projected on 15/70, only very few of them ever covered the entire screen. Even Star Trek: Into Darkness slightly cropped its Imax footage to a slightly wider ratio to help blend the footage with its anamorphic 35 scenes.

The Byre replied to Episode 56 - THOMAS NEWMAN - Composer 4 hours ago I'm glad to hear that we're not the only...

Shyam Ediriweera started Capturing stories set in the Mexico - USA Border r... 8 hours ago Hi Roger, Some of the films that you've colla...

gabj3 replied to Lighting for Woods 9 hours ago Re setting up a rig or not. A forest especially a ...

dmullenasc replied to Changing lighting placement in wides vs close-ups. 9 hours ago Why don't cinematographers just light the wid...

Frank replied to Film Noir and your approach to lighting Blade Runn... 10 hours ago I believe Cronenweth is referring to the lighting ...

Canuck replied to Film Noir and your approach to lighting Blade Runn... 12 hours ago "The flickering for the firelight was created by a...

Anthony Kearney started Lighting for Woods 13 hours ago Hello Roger,  My name is Anthony and I am a 17 yr...
Top Forum Posters