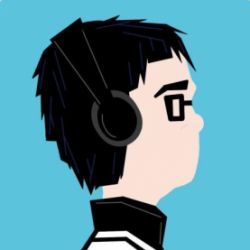 Hey everyone, I'm 23 years old and a professional Game Capture Artist and Editor looking to improve by learning more about traditional cinematography and composition.

Essentially, what a Game Capture Artist is, is someone who shoots footage of video game gameplay using in-engine camera tools. Depending on the game, they can be more or less limited in the capabilities of camera.

At my job, I work on the Overwatch League, a global esports league played on the multiplayer first person action game Overwatch. Both at my job and in my own free time, I work on narrative movie trailer style montages that tell the stories of our professional players.

Here is a link to my most recent work», a 5 minute short film telling the story of our most recent Playoffs and Grand Finals.

A few more things you should know about the limitations and rules of the medium / game engine I have to work with:

As you can see, there's a lot of limitations to keep in mind haha!

As far as things I'm working on as a Capture Artist already in terms of composition and movement, I've been trying to be mindful of a few things:

Thank you everyone for any advice / feedback you can give haha! I know it's a really off-kilter request but always eager to be inspired by anything I can be!

I have done a lot of video game work, so I’ve dealt with a lot of the stuff you are dealing with. Most ads I’ve done are trailers for titles like AC, GTA, Hitman, The Division. However, my agency did do Esports stuff too - mainly League of Legends.

I’m also currently stuck self-isolating with covid and not able to work right now - so this will probably be a rambling, long answer…

My first bit of advice is not to think about being a “game capture artist”, I never liked that job title which came from dev studios and encourages dev studio cg thinking which rarely looks great. Your job is far closer to that of sports feature Producer/Editors who shoot and cut their own promos - train your eye in the real world to think like a cinematographer and a promo producer. Get inspiration from the real world, that’s where all images start.

However, since you’re posting on this forum you’re probably already thinking the right way! So that's a good start.

But this also means I have little to say that’s not said better by real cinematographers, in this forum and online elsewhere. Youtube has great lighting breakdown videos. But you probably know that already.

The main thing about games is that they tend to be lit flat and things tend to look flat. You need to look for depth and contrast in every image you shoot. What can you get in your compositions that cram that in. What can you use angles from elements in the shot, or the way the light works? All the standard stuff - only it’s harder in a game because it’s set up for play, not for beauty. And you have no control!

With your video, it's hard to judge the overall quality of your shots to be honest. The edit is very fast, I don't know Overwatch or the engine's lighting. But as I said, there’s a lot of flat images - think about how you can find depth. Frames within frames is a good place to start, camera movements for parallax, reveals of depth in the game, all this kind of stuff. Also, think storytelling and comprehension over flashy camera moves. How can you be clear first, then if it helps, do something cool. You're telling (or illustrating a story) first and foremost. Again, all stuff you’d do in the real world too.

Remember that you're shooting product shots. You want to make everything look as beautiful as it can be; you want to sell the product. Know the coolest looking moves. Do they have particularly nice animations in some actions. Is there interesting light interaction rendered by the engine when they do something specific, or move in a specific location? Is there a way that you can show that off? Take the character models and know the best angles to shoot them from. Know the best looking areas and see what action happens there. Can you find these things happening together? Can you compose shots with layers of action in the frame? All that kind of stuff. You're panning for gold. Everything should look perfect.

Most of the time you're going to be stuck with "how do I film this animation to make it look as cool as it can be". Or, "how do I film this specific action so that it's legible in a very quick shot?" Usually that means centre framing, with a shallower depth of field to focus the attention.

So you definitely want to experiment with the depth of field blur - it’s really the only way to make things look glossier and draw attention to the subject when the images are so cluttered and fast. The trick is you will have to learn what the bokeh should look like relative to the fov you are shooting. That goes back to understanding real cameras and photography - otherwise, your shots can look really fake. We used to have to deal with it all the time.

One quick and dirty trick with it is just to shoot on a long lens and get close enough so that there is enough distance between your subject and the background so the blur effect won't start acting weird by interacting with anything. Again, it's all about testing out the blur in different situations, see how it breaks, see how it works. Figure out what looks good. This is best character shots rather than action.

Another place for inspiration —  look at feature packages from big sporting events for inspiration. Any sport with money has good people putting these kind of feature packages together. NFL, Formula One, Premiere League, the Olympics, Pro Tennis. Studying those things will help your edits as well as your shots. Watch how they build the emotion, it's always an up and down in tension and speed.

And remember you are always shooting for the edit. Think what you need to tell the story. Get coverage.

If you want to make things look cinematic, avoid shooting anything you can’t physically shoot in the real world, or things that are insanely hard. Think how difficult a camera move is if you have to lay track or rig a camera to something.

Think about coming up with sequences of a few of shots for your montages. What can you tell an audience with 2 connected shots? What can you do with 3? Montages work well if you can get a sequence of 2 or 3 shots on an action or sequence of actions. Try… Setup, reaction. Wide, close, close. Wide, close, reverse. Setup, setup, reveal. Setup, cliffhanger. You have to plan those shots and the story - and they may be very hard shots to get - but those moments help things pop.

One last thing... if you're interested in learning more about this kind of thing have you tried to speaking to anyone on the capture teams at ad agencies like G-Net (I assume you're in LA at Blizzard)? There is also FWS in London and Montreal, Sunny Side Up in Montreal, there are a few other places around too but I can't think of them off the top of my head. Try contacting people from those teams and you’ll probably find some are willing to talk and make suggestions. It’s a good networking opportunity!

Yeah I am in LA at Blizzard! And I know a few people at G-Net and Buddha I can talk to! Thank you for replying, sorry it took a while for me to loop back and check this out, I appreciate the advice!

One thing I've started working on since I last posted is just learning more about how the lighting works in engine and seeing ways to force the camera to expose differently by positioning it (the camera auto exposes unfortunately, but I can trick it using long lenses and cheating the camera into certain positions?).