When is it okay to let highlights clip? (4 replies and 4 comments)

Hey Roger, this is sort of a follow up question to the one I created under "Lighting" about a shot from 'Joker'.

When is it acceptable in your opinion to let your highlights clip a bit? I feel like that would also depend on the shot. Like if some window in a small, small corner of the screen is blown out and is out of the depth of field, that would be okay? Because the focus would be on the elements in the frame that motivate the story, right? But then I also think why would you in that case even get that window in the frame? This confuses me quite a bit. Don't know if I am thinking about this the right way. Would love to know your thoughts on this. Thank you.

Not Roger, but I think you answered your own question, it depends on the shot and how distracting the clipping would be. Film reaches a point of burn-out in overexposure too after all, but it does so gracefully rather than harshly, so can be less distracting. It’s a judgment call but obviously the in-focus areas around an actor are more prominent than out-of-focus areas behind the actor, but again, the size of the overexposed area is a factor too. But clearly some clipping is OK, like when a searchlight sweeps the lens, you don’t expect to see the filament.

Thank you David. You said film reaches a point of burnout rather gracefully in case of over-exposure. Exposing properly is then a matter of prioritizing what's more important in the frame, and then balancing between the important parts and everything else, right? Assuming the camera has good dynamic range. How do you get the exposure right? Do you just gauge by eye?

This is an interesting one - something I keep wrestling with. As a rule I never clip highlights but on some occasions you are left with no choice. I think a lot of it comes down to the highlight roll-off on your camera - if it's soft and not too contrasty then that makes the decision slightly easier. I find that using a filter can help bloom highlights that little bit more and roll them off more gently.

I'm not sure if there's a hard and fast rule to this - I remember watching 'Carol' one of the most beautifully shot films I've seen in a while - shot on film but has some very minor distracting clipping which looked on par with digital clipping. In the end though the story moves on...

Yes, highlight roll-off being bad means you have to try and salvage it with highlight softening in post, which is more work. When you talk of getting bloom highlights, you mean like using a pro mist 1/8th or something like that?

Clipping is an effect, not a defect: if the audience perceives the clipping as intentional, if it serves the story, then it works. This can be taken to an extreme in some situations.

The Matrix (1999), there are scenes when the main character is in a seemingly endless white space. I'm sure that they intentionally let the highlights clip.

Sin City (2005) used it to a lesser degree to communicate the graphic style of comic books.

Batman Begins (2005) and The Dark Knight Rises (2012) are shot in a naturalistic way on film. It features several situations where highlights are clipped, such as the well that young Bruce Wayne falls into and mouth of the step-well prison in which he is incarcerated. They are thematically connected across films. The sky above is completely blown out, even though I believe that the latter was a set that the filmmakers completely controlled. They could have put a deep blue sky with puffy white clouds above, but it served the story to let it clip.

One final example is The Fountain (2006) where an ethereal quality is created by completely overexposing characters and sets that feature Isabel. It is a repeated theme throughout the story.

I never thought about clipping when I was shooting on film. A highlight burnt out and that was it. No problem. With digital work flow it seems clipping is an issue but not one that I am concerned with on set. On set the Alexa performs pretty much as film negative performs whereas with some display systems clipped highlights can be a real issue if care is not taken to do a specific timing pass for them.

Thank you Roger. I am sure you don't even need to see the dynamic range charts for Alexa cameras that you use. I think elsewhere on this forum, you've said you keep it at ASA 800 and maybe push 1280 if need be. I find it counter-intuitive, how on cinema cameras, it's not like "lower ISO = clean image" hahha. Dynamic range charts indicating stops above and below middle grey, having more stops in the highlights at higher ISOs, things like that look so counter-intuitive! 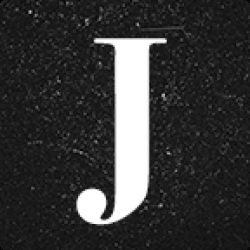 jlossky replied to FEBRUARY GIVEAWAY 5 hours ago Juliette Lossky , thank you very much!

sydneydan replied to Lighting Day interiors - Why choosing big fixtures... 8 hours ago Thanks a lot for the informative Answer 🙂

Mike replied to Finding your own style in photography 12 hours ago Lenkiewicz was famous for using lots of light in h...
Do NOT follow this link or you will be banned from the site! Scroll Up