The relevance of Hours on an Arri camera? (3 replies and 2 comments)

I am planning on buying a second hands Amira, no more renting. And it's a great price/result for my line of work.

So my question is: how relevant is the mileage on these camera's?
I am looking at one that has 3300 hours, but has been maintained extremely well by the rental company (cleaning sensor, ventilator every time), and another which is a few thousands more but only has 1800 hours, doubt it was equally well maintained though..

What is your advice? How quickly does an image-sensor deteriorate? Does it ever? Do pixels die overtime?

Thanks for any insights!
Jurgen

The answer is, it depends!

A mechanical film camera has roughly a 100 year life span, an Arri Admira or Alexa has a much shorter life span, probably say 20 years if you are lucky. Film and digital cameras are cast in an alloy which has proven to be reliable and durable If cared for. Film camera mechanics use high strength tool steel which are hard wearing and can take abuse over time due to their design and more importantly able to be periodically lubricated using specialised grease made for the job. The longevity of these cameras is legendary.

Digital cameras such as the Arri Alexa and Amira have very little mechanicals parts and are computer based. Arri I am sure would probably procure electrical components from a reputable manufacturer who are willing to guarantee their components having already reached a high level of durability and reliability. The components installed in their cameras are the best money can buy.

If the film crew are constantly resetting the camera and moving the camera to a different position in a studio environment then the operating temperature could fluctuate to a degree where components will expand or contract too fast causing the internal properties of the components to degrade. If a camera was left in one position and not reset then the components on a PCB would not be subjected to many temperature fluctuations making the camera more reliable over a period of use. A normal feature film uses about 1,000 hours of camera time so a camera that has shot 3,000 hours equates to 3 feature films. That’s not high but does depend on how it was used and even what season of the year. It all depends on ‘who’ used it. A hot studio or using a camera on a hot and sunny location will certainly shorten a cameras life. So a camera with 1800 hours is not necessarily better than one with 3,500 hours if used running hot all day. Don’t forget cameras have other issues too, such as connection ports, cable sockets, lens mounts, loose switches that have been over used or badly fitted connectors, LED displays etc, they all cost money to fix and labour charges are now around $75.00 per hour and you have parts on top of that plus tax.

Rental cameras are used on all types of productions. If they are being sold off then there is a good reason, so be warned. If a camera has been serviced then ask for a service sheet, this will tell you who serviced it and what was done to it including upgrades. Alexa cameras are now coming onto the market for about $10,000 but they have no history. Pixels do drop out but you probably wouldn’t notice it. Very few rental cameras are serviced properly, if they have persistent faults then they are sold off, it’s cheaper than repairs. It a matter of luck really buying a used camera but be prepared for a large repair bill when it goes wrong. There are goods ones out there but you have to buy it first to find out if it has faults. It could take weeks or months for a fault to show itself and that could be in the middle of a ‘take’!.

Inside a Alexa and Amira. Just a series of PCBs containing micro components. 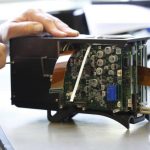 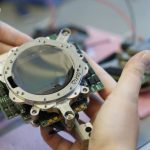 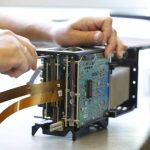 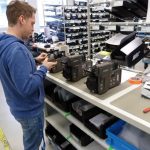 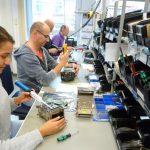 Thanks for this and your previous post! And amazing source of information!

I would recommend taking a look at Arri's Certified Pre-Owned Program. They put the used cameras they sell through the same tests that the new cameras go through and I believe they come with a one-year warranty. I haven't bought any cameras from the program, but am considering buying from them in the future if I decide to get a used camera.

I feel like it's just too expensive, compared to camera's out of the program. The warranty is valueabe, but I am going to take my chances.