The cranes are flying (5 replies and 3 comments)

Master roger i saw 'The cranes are flying' movie. What a wonderful story. The cinematography also very good. I want to ask you about veronica running shots. Veronica came out from hospital and running very fast. The camera also following very close profile and low angle also. Do you have any idea how did they made that shot. I also wondering what are your other Russian favourite movies. Except 'Ivan's childhood', 'come and see', 'Trail on the road'. And andrei tarkovski movies!

I really like 'The Visitor to a Museum' by Lopushansky and I admire his 'Dead Man's Letter' as well. The latter is pretty grim but beautiful in its own way. All of Zvyagintsev's films are wonderful.

Master roger i did ask about veronica running from the hospital scenes. How did cinematographer follow this much close. I can't figure out how it was done at that time. Do you have any idea about this close following shots. Here by i have attached the scene link.

I would think much of that is shot at a slow frame rate and probably using a camera mounted sideways off a dolly or, maybe, using a bicycle or a wheelchair. The lens is pretty wide so the stability would be a little forgiving. For the one angle that is looking up into her face, the actress could have been on the back of a flatbed truck and running on the spot. There are a number of possibilities. Its a very imaginative sequence.

I noticed the snow on the Left side of the steps had been cleared of snow so the cameraman didn’t slip so assumed he had to run up the steps. Russians love to do it the hard way. Probably small Konvas Kcp1 35mm turret camera (400 ft mag) which had just been introduced in the late 1950’s and a very heavy battery/ power unit. No H&S then.

"The Cranes are Flying" director Mikhail Kalatozov and cinematographer Sergey Urusevsky also collaborated on the lesser-known "Letter Never Sent." And I'm sure you're aware of their work on "I Am Cuba."

Master roger how did they follow stair case scene. Might be the camera placed in centre position. Is it just follow on steadicam! Ii can't figure out what type of rig did they have used

Obviously, they had to build a gantry for the camera to rotate on. Or a simple wooden rig fixed to both stairs and sturdy enough to hold both the cameraman and camera and single light. Look at the shadows, and you will find an answer.
How would you do it Vanniyan? 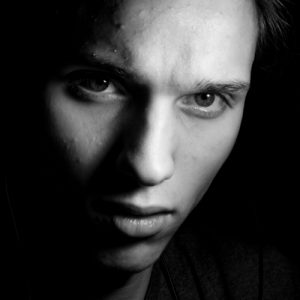 Almost like Mike says. They built a larger set with an elevator in the middle of the staircase.