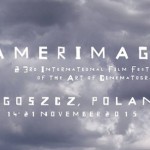 It's not the camera but the eye behind it!

That's so true.
Thank you mr. Deakins !
When I read this post, I was wondering what Stephanie meant by it.

Nowadays some (young) cinematographers seem to think that it's certain equipment that makes a film.
I'm not referring to Stephanie, but more in general.
I recently shot a film with Hawks and the editor commented how great the shots looked because of them...
Don't get me wrong: I DID choose those lenses to create a particular mood, so of course they had something to do with the final image.
But it left me somewhere on the sideline, thinking about all the work that went into conceiving and making those shots...
All that work the director, my crew and I did was, somehow, not as important anymore: it was the lenses that made the shot.
Young cinematographers primarily ask me about working with Alexas, Red cameras or certain lenses.
When I want to talk about lighting, composition, mood or practical issues we face (like budget), most of them loose interest fairly quickly.
I guess it's something to do with the way manufacturers promote their equipment.
Red, for instance, seems to propagate that everyone and any one should be a cinematographer.
They (and others) bring out cameras that are -therfore- extremely cheap and suggest that such a camera is all you need to make a professional production look good.
Just throw any type of glass, point it at an actor at 120fps, 6K and you'll be a rockstar cinematographer.
We all know that advertising has little to do with reality, but we also know that advertising is a powerful tool in changing the way people think.
With teaching and forums, like this one, I hope aspiring cinematographers can learn about the REAL aspects of our job.
That brings me back to that (16mm) filmcamera... Working with film has helped me a lot to visualize moods and contrasts/lighting.
A monitor gives instant feedback and seems, to me, a passive way to visualize.
As visualisation is one of the most important aspects of our job, I believe new cinematographers will get a lot better at their job when we push them to actively visualize.
Bringing back (16mm) filmcameras in filmschools could do that. That way, film could still be a great tool for cinematography, but turning off monitors and handing them light meters might work just as well.
Don't get me wrong; I also love the choice for 16mm for this particular film !
But shooting on film was just one of the many, many wonderful choices that mr. Lachman made that, in the end, led to this win.
(At least I truly hope so...)

Hey, not ALL young cinematographers! 🙂 (Thought I'd stick up for us, but I do take your point...)

Right! I really think shooting on film, whether still or moving images, is a great way to train your eye. But it is not the technology that is the problem with digital. I totally agree that the sales pitch is often disingenuous. 'With this camera you can be James Wong Howe'. OK! But where are all these Jame Wong Howes? It just doesn't work like that.

When I shoot digital I use a monitor on set but I don't light by it. I don't frame a shot from a monitor. I still use my eye to judge the direction of a light or the contrast within the shot. I still use a meter to check my exposure.

I do like having a monitor on set though. I like the 'confort' it gives me and I like director to see what I am setting up. I just don't see the 'mystery' of film as being helpful in terms of a cinematographer's relationship with a director.

Roger, when shooting digital do you use the waveform on your monitor much? Or do you expose totally by meter & intuition, and just focus on the image at monitor?

I saw my favorite film of the year, Son of Saul at Cameraimage. Great festival, will definitely go again next year.

I was lucky enough to attend the Q&A with Ed Lachman after the screening of Carol. I would encourage everyone to go to Camerimage if you can. It's very casual and extremely inspiring to be able to "chat" to great cinematographers about their work.

Oneris Rico started Every comment is welcome! 58 mins ago I have a loooong time without posting anything her...