Spherical and Anamorphics (3 replies and 6 comments) 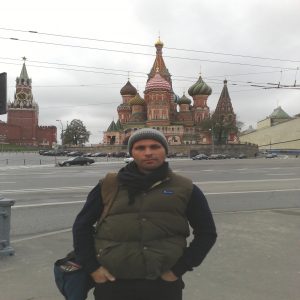 I hope all is well at this festive time of year. I am interested in mixing spherical and anamorphic lens on a up coming feature. Is there anything I should be aware of?

Which lenses, which camera - and why mix the two?

Monstro, spherical would be Leica R and I was going to test a few sets of anamorphic to see what complements. The reason was to give a different aesthetic to certain scenes.

Leica R lenses have a 43mm image and the Monstro sensor is over 46mm.  A friend tried 43mm Xeens on a Red 8K sensor and was only OK and without vignetting at 35mm and above for a 16:9 image - and they are modern lenses.  If you are cropping to 2.40:1 you may get away with it.

Someone told me that he could not find good anamorphics for FF cine work.  I wouldn't know as I stick to 35mm sensors - fewer problems! 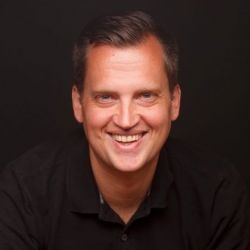 You should always test lens coverage in person if you can at the rental house, but if you can't or you're just trying to plan your package, the lens coverage tool at https://brains.florianmilz.com/lenscoverage» is perfect. According to the tool, The Byre is spot on about the Leica R lenses being really close to vignetting on a full frame sensor. Of course you can always crop down on the sensor to resolve that. Cropping will also open up the world of anamorphic lenses. There are a lot more FF Anamorphics coming online, but they are expensive and hard to come by in some cases. In addition, every FF set that I've looked at has pushed the vintage or retro look, which if you're trying to match to Leica R, may not be what you're looking for.

I'm currently using the Cooke FF Anamorphic lenses on a project with the Arri LF and they're incredible, but have a ton of character and the vintage Cooke look.

The Arri Master Anamorphic lenses are a beautiful clean look, and cover Super 35. According to the lens coverage tool they'll cover the Monstro if you shoot at 4.5k 3:2.

Thank you for getting back to me. I fully intend to test before shooting. I own the leicaR’s and monstro so have shot those lens/cam 100’s of times. I love the sound of Cooke FF ana’s. I am mainly interested in the comparability so will make this my first stop. I wasn’t hell bent on FF but would love to experiment. What are you thoughts on mixing the bokeh from these types of lens?

Keep in mind that in the past, anamorphic movies (like in the 1970s-1990s) typically mixed front anamorphic primes with rear anamorphic zooms, and the second do not create oval bokeh.

I'd add that big anamorphic movies of the 1970's-1990's, besides mixing in anamorphic zooms with a different bokeh, often used spherical VistaVision or 65mm for visual effects plates for optical printer work, and those shots also didn't have anamorphic bokeh. In fact, take a look at "Close Encounters of the Third Kind" to see sequences with bright lights that intercut anamorphic 35mm and spherical 65mm, particularly the second hilltop UFO encounter where a helicopter shows up instead.

That’s very interesting. I shall check that scene in CEOTC to see in detail what you mean. I felt that a lens style change would add a different vibe to a particular character within my project. I want a closed off feel to those screens and wanted to experiment with ana’s for that. Just wanted to hear this exact style of opinion/experience before going into testing them. Thank you for your time