To anyone who has an idea, I was wondering how a regular 24fps is transitioned in the same shot to a slow motion in the filming of a dramatic scene often seen in movies. One way I can think of is to shoot the whole thing in something like 60fps and play the fast / slow segments at the desired speeds in post production in preparation for a final master. This sounds kind of wasteful though and I was wondering if this is how its done normally or if there is a more efficient way?

Don't quote me now, but My theory is that there is a mechanism that allows you to increase or decrease the frame rate while while recording. Say, you're shooting at 24fps, and then, at a specific part in the action, you flick a switch or turn a knob, and raise or lower the frame rate manually.

I know that on my Bolex H16 there is simply a knob that you twist to change the frame rate, and after winding the camera, and hit record, you can twist that knob and the motor will spinn the spool faster or slower.

I could be wrong though. I have not tested this out yet, and am wary as to whether or not doing this would screw up the film or the gears. We'll see I guess.

Yeah you can ramp framerate during the take (at least on Red cameras I know you can). So you can select a desired start rate and end rate essentially. Alternatively, and I suspect potentially more commonly, you shoot the whole thing at your slow motion frame rate and then adjust the playback speed in the edit as needed.

Just keep in mind that frame rates affect exposure, so if you do an in-camera speed change, either the f-stop or the shutter speed has to be adjusted in sync with the frame rate change so that the exposure stays consistent. Today you usually just shoot at a high frame rate for the whole shot and let the editor pick the moment to create a speed change and do it in post. Now that can create some motion artifacts just as if you did it in-camera and adjusted the shutter speed to compensate because, if you go from 24 fps to 48 fps, let's say, the shutter time will probably be at 1/96th for both in order to keep the same exposure, so at the 24 fps end of things, it will look like you shot with a 90 degree shutter angle (choppier motion). With post tricks today, you can do some frame blending to soften that motion though.

It has been possible to shoot speed 'ramps' with a film camera for many years. When the technique was first developed any number of films used it. Nowadays it is often done in post, especially if the film is shot digitally. 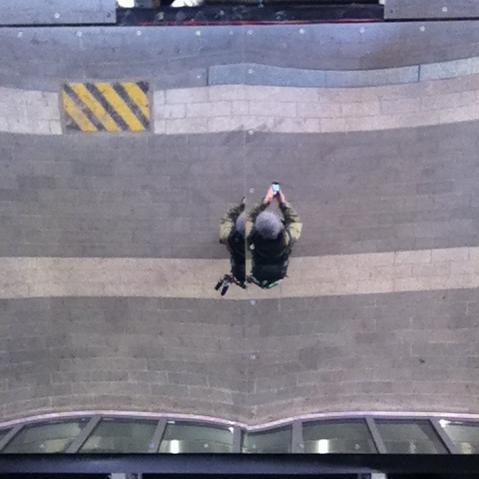 Just for reference, Overcranking or Undercranking is what you're looking at 🙂

Film Cameras that can do it (ARRI ones at least) are;

Digitally, IIRC you capture more frames, confrom to your "standard" framerate and then you also have the capacity to under or overcrank in post, to be vague.

Thanks everyone for the input. David, thanks for bringing in that interesting / pertinent point about exposure!