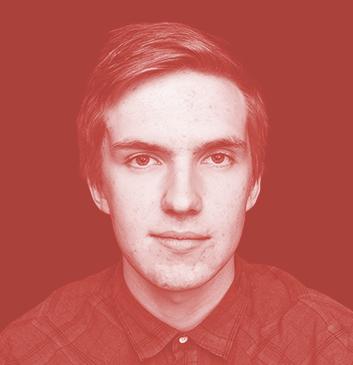 Hi there Roger! When watching Skyfall for the third time not so long ago, I noticed there were some shots that (to my eyes) had slow, digital or optical, zooms. As an example, see this dailymotion video»  at 1:39:10, it's when M has her little speech in the court. I can't see a perspective change it would have if it was a dolly push in. It's definitely a zoom, to me it also feels like a digital zoom.Here's another example» from the Patrice fight scene.

But then I did some research and in this discussion» from the old forum you say ''I can't think of any zoom shots in either 'Skyfall' or True Grit'. There were any number of slow tracking shots pushing in to a face and you may be thinking these are zoom shots but they are not. there were none added in post either.''

I can't really argue with the cinematographer of the movie, but these shots I've linked to must be zooms. Or am just really that bad at telling the difference between a dolly or a zoom shot?

Sooooo... my question is really, and this is also for everyone: why would you choose a zoom (digital or optical) instead of a dolly and vice versa? 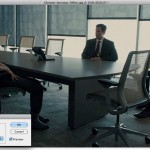 I feel that the shot of M in court was a push in on a dolly. I could definitely be wrong there as I do remember Sam did some 'push ins' in the cutting room. What is sure is that it was not an optical zoom done in camera. As for in the fight, there may also have been an 'editorial' push in on Patrice as he is hanging off the ledge. The director and editor might do this to add a little more tension after the fact. Otherwise, the camera moves are in camera.

I do use a zoom on some films. I have done a number of zoom shots with the Coen Brothers. There were many on M.Night's 'The Village' and my favorite one is from Mike Radford's '1984'. As you can tell, they are rather few and far between. When I do like to use a 'zoom' it is to focus on a part of the frame as if the viewer's gaze is caught by some detail within it. Otherwise I like the physical effect of a camera move.

So those "editorial push ins" are made without your involvement? Is this normal?

Remember that editors spend months editing a feature -- the cinematographer is usually gone onto other projects at that point. Good editors will warn a cinematographer or ask for advice if they are doing something that will affect the image adversely but in general, their obligation is to tell the story with editing. I first started seeing digital push-ins about ten years ago on movies that I did a D.I. on and in some ways, if the push-in is very subtle without a big degree of enlargement, I preferred the digital push-in over one done with a zoom lens (it's sometimes hard to get a smooth start and stop on a zoom motor going at extremely slow speeds.) And with digital photography, where grain is not being enlarged with the digital push-in, it works even better than when done to film images.
What I don't like are extreme enlargements because then it really starts to look like a post blow-up, plus at that point the editor is starting to reframe the image himself or herself, something I feel crosses the line into the cinematographer's traditional territory. It's actually becoming a real problem today with people shooting on 4K+ cameras and directors and editors treating the image as something that they can resize, reframe, and redesign in post freely, as if the cinematographer's only job is to provide rough image elements to be assembled and created in post. I recently talked to a top commercial DP who told me that on his last project, the director just wanted everything centered and shot at 6K on the Red camera so he could recompose everything later in post. That's not the sort of world I want to work in -- composition is a key element to the art of cinematography, so if it is going to be altered in post, the cinematographer should be involved, unless we are only talking about a technical fix to the image rather than an artistic decision, but even then, a cinematographer should be involved if possible.

Yes, I am hearing more and more of that kind of 'cinematography in post'. I guess it is inevitable. Luckily for me the directors I have worked with are more collaborative than that.

In the not so distant future a camera, if we will still call it that, will be able to record a 'situation' rather than a specific 'camera angle'. The director and editor will be able to 'shoot' a scene in post, similar to the way animation is done only far more quickly. Personally, I think there will still be a role for a 'cinematographer', somewhat akin to the way I have worked in animation, but it will be very different from today's 'live action'.

I'm thinking of Fincher and Cronenweth, who from what I've read does a lot of reframing and that stuff. And on the opening titles on Social Network they did a shot by placing 3 cameras next to eachother to create a panoramic image to make (camera) movement in post.Personally, I feel there is something slighly off with camera moves and zooms made in post.Do you feel there could be something bad with recording a

[Accidentally send comment] Do you feel there could be something negative with "recording a situation"? Beacuse in many ways great "art" comes from limitations and with too many tools and choices at one's disposal maybe it all becomes too much to handle? Well, only time will tell i suppose...

I don't think the tools matter so much as it does who is making the decisions. If the director and cinematographer are creating the compositions that best tell the story, it matters less exactly how they got those results, whether in-camera or by stitching frames together or cropping them. I just object to the editor feeling that composing the image now falls into their jurisdiction, just as I'm sure they would object if I came into the editing room and made some cuts, or the costume designer would object if I switched the jacket that the actress was wearing to something I liked better. If we all think of ourselves as artists, and each other as artists, then there has to be some professional respect involved.

As far as digital zooms versus optical zooms, I sort of fall into the philosophy that a difference that makes no difference IS no difference (I think Spock said that...) If the results look the same, then I don't think it matters other than, again, who is making those decisions, and I don't think most editors are going to go nuts putting digital zoom-ins in every shot. For me, again, it's mainly the degree of enlargement that matters, a subtle and short digital push-in is fine because you generally won't see artifacts, but an extreme zoom-in would be better done optically so that the image quality stays consistent.

As a young lad I really appreciate you sharing your thoughts and inputs! I like getting new perspectives to think about. Just wanted to get that out of me. 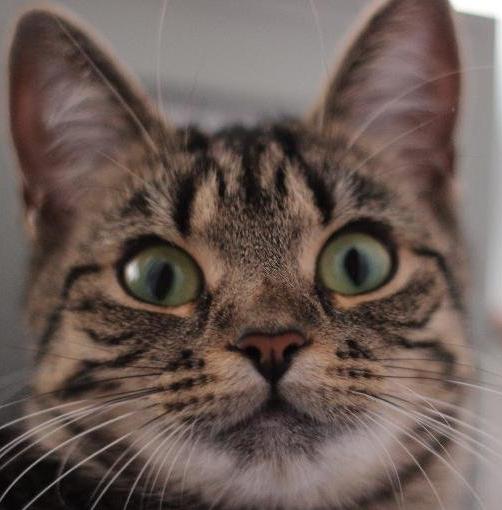 I'm confused...
If a camera like that existed, wouldn't it mess up the way films have to be lit?
Doesn't the lighting have to be altered for every single camera angle to get the right look?
What if in post-production the director/cinematographer wanted a different camera angle, but the lighting impeded this?
Could you alter it digitally?
Anyone have any ideas?

The Big Short uses a lot of interesting zoom shots. Also, there are a lot of shots that are out of focus, but to me it wasn't too distracting, because the action and movement manage to keep your interest. Also, it was ment to have an extemporanious feel to it. Almost documentary. Then there was the breaking of the fourth wall, which was interesting, but it did remind me a little too much of The Wolf on Wall Street.

Animation is lit in the computer and so will 'live' action films be in the future. What am I saying, many shots are done that way now.

As for 'The Big Short', I could have done without that 'documentary' style myself as the subject and the performances were so good. It was well shot though specifically to create that effect. The cinematographer, Barry Ackroyd, and I worked together back in our documentary days.

Oneris Rico started Every comment is welcome! 7 mins ago I have a loooong time without posting anything her...